Superstar frontmen from the Premier League, La Liga, Bundesliga, Ligue 1 and Serie A posted some remarkable scoring numbers in the season just gone

The cream continues to rise to the top in Europe’s leading divisions, with the usual suspects once again filling their boots in front of goal to underline their value to their respective clubs and enhance their reputations as some of the finest players on the planet. Here, Goal takes a look at the leading frontmen from across the continent. 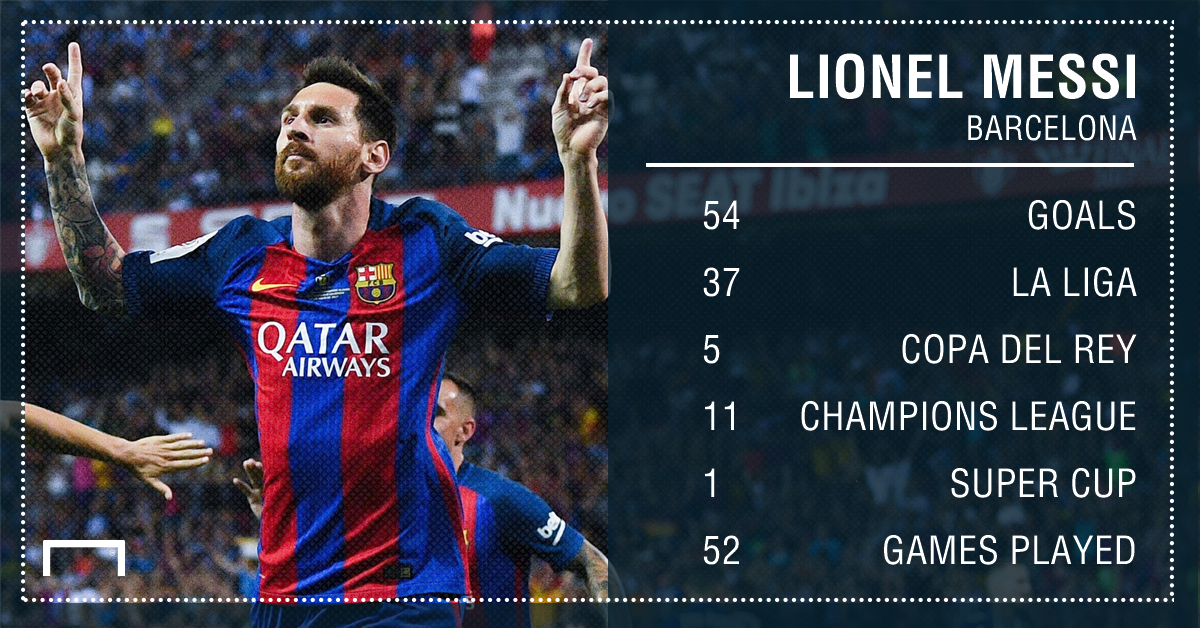 The mercurial Argentine enjoyed another prolific campaign at Barcelona, moving past the 500-goal goal mark for the club – with the target found 507 times in 583 appearances.

Has now delivered eight successive seasons of 40+ goals, with his efforts in 2016-17 earning him the fourth Golden Shoe of a quite remarkable career. 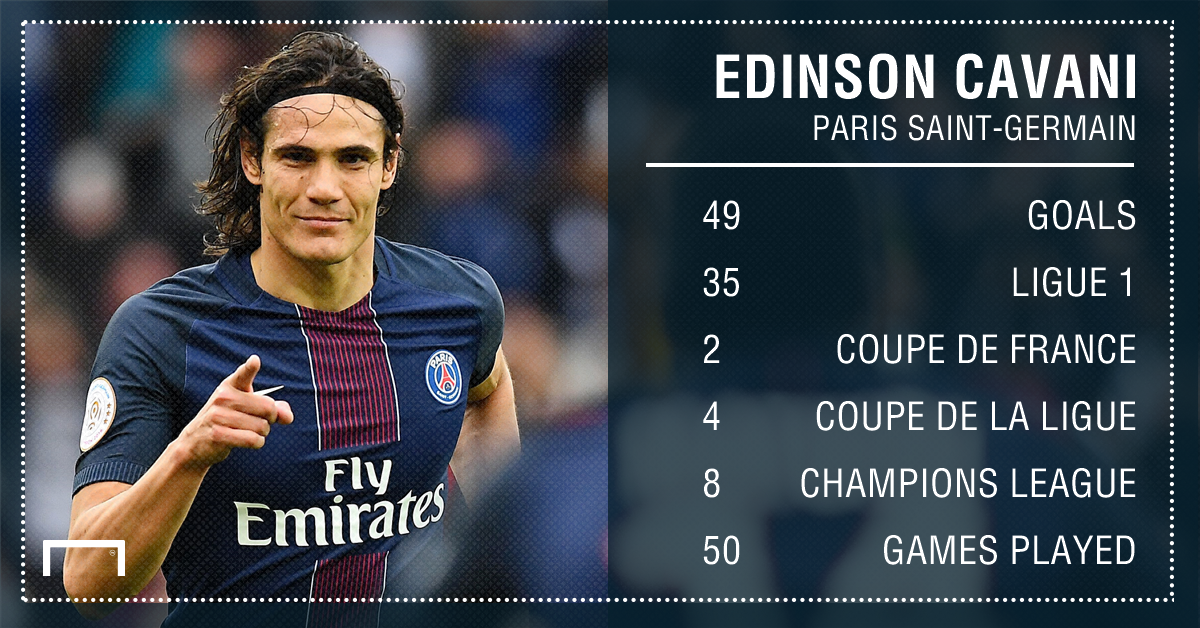 Stepped out of the shadow of Zlatan Ibrahimovic at Paris Saint-Germain to prove his worth as a central striker, helping PSG to Coupe de France and Coupe de la Ligue glory to compensate for surrendering their Ligue 1 title.

Fell just one effort short of matching Ibrahimovic’s club-record haul of 50 in the French capital. 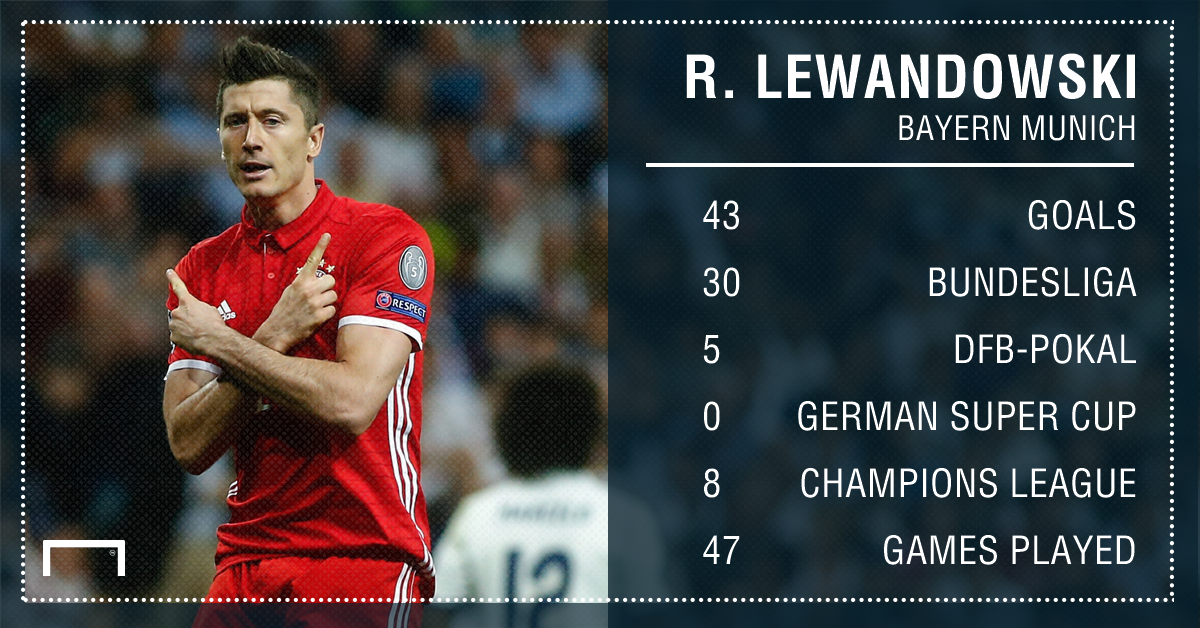 Missed out on the Bundesliga top scorer award by one goal, but remains the most prolific marksman in Germany across all competitions, with the Pole a threat on the floor and in the air.

His 43-goal haul in 2016-17 – which included four hat-tricks – represents a personal best, while he has now plundered 30 in each of his last two German top-flight campaigns. 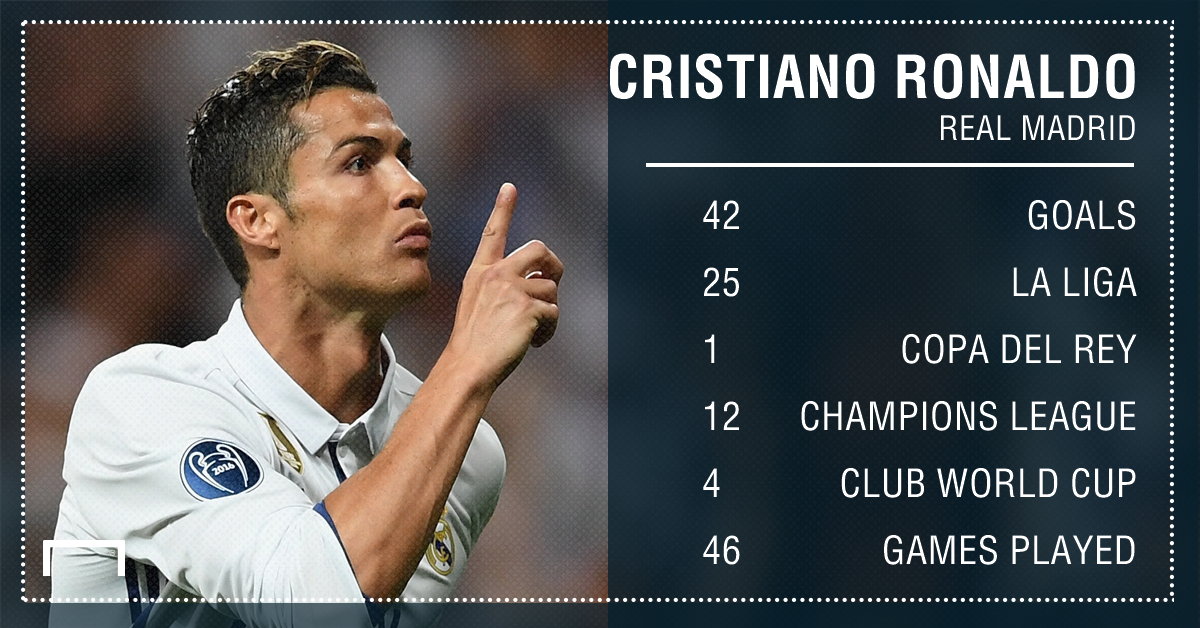 Is only the second man, after eternal rival Messi, to have scored 25+ goals in eight successive La Liga seasons, having hit that mark on the final day to help wrap up a title triumph.

The 2016-17 campaign also saw the prolific Portuguese forward become the first man to reach 100 goals in Champions League competition – with a brace in the final helping Madrid to make history with back-to-back triumphs. 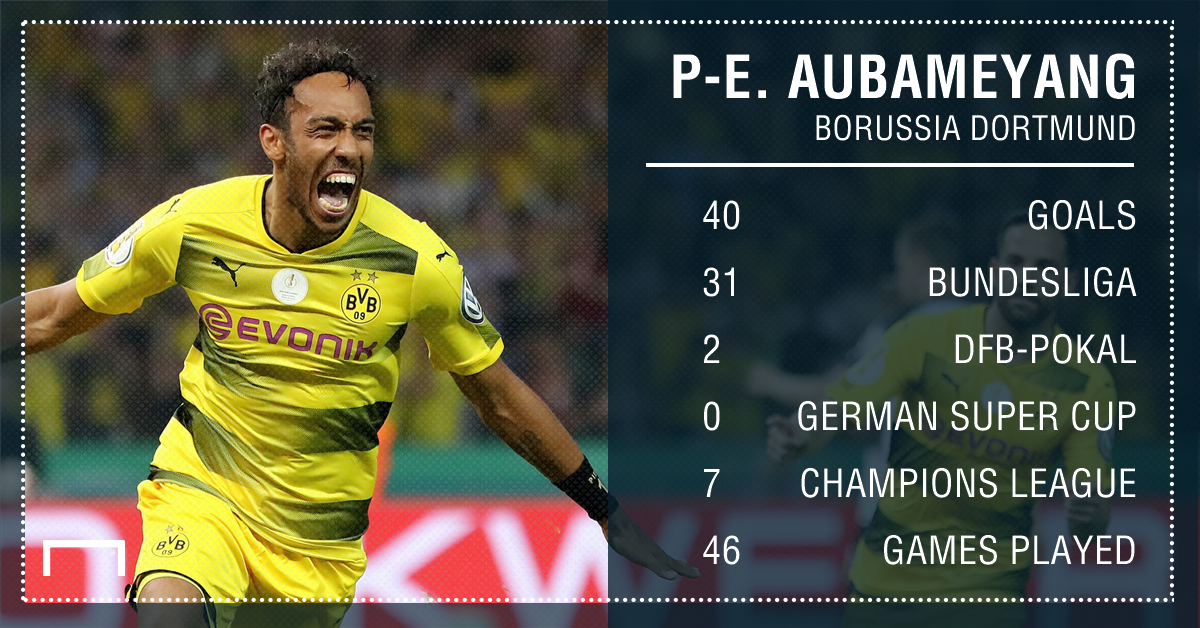 To have beaten Lewandowski to the Bundesliga top scorer award goes to show how prolific the Gabon international was over the course of the 2016-17 campaign.

He has come to epitomise the ‘fox in the box’ moniker, with all 72 of his Bundesliga efforts over the course of the last three seasons having come from inside the penalty area. 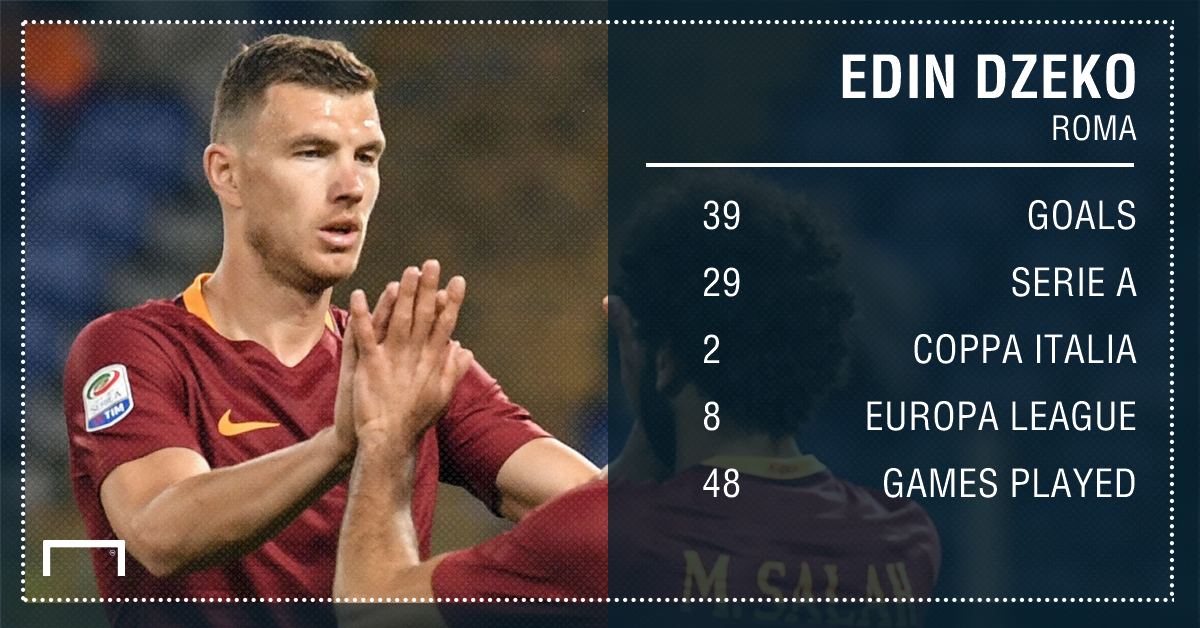 Collected the Capocannoniere in Serie A, having enjoyed a memorable return to prolific form to set a new personal best both in league outings and across all competitions.

Completes the set across Europe’s top five leagues of the top goalscorer having missed out on title glory – alongside Messi, Aubameyang, Cavani and Kane. 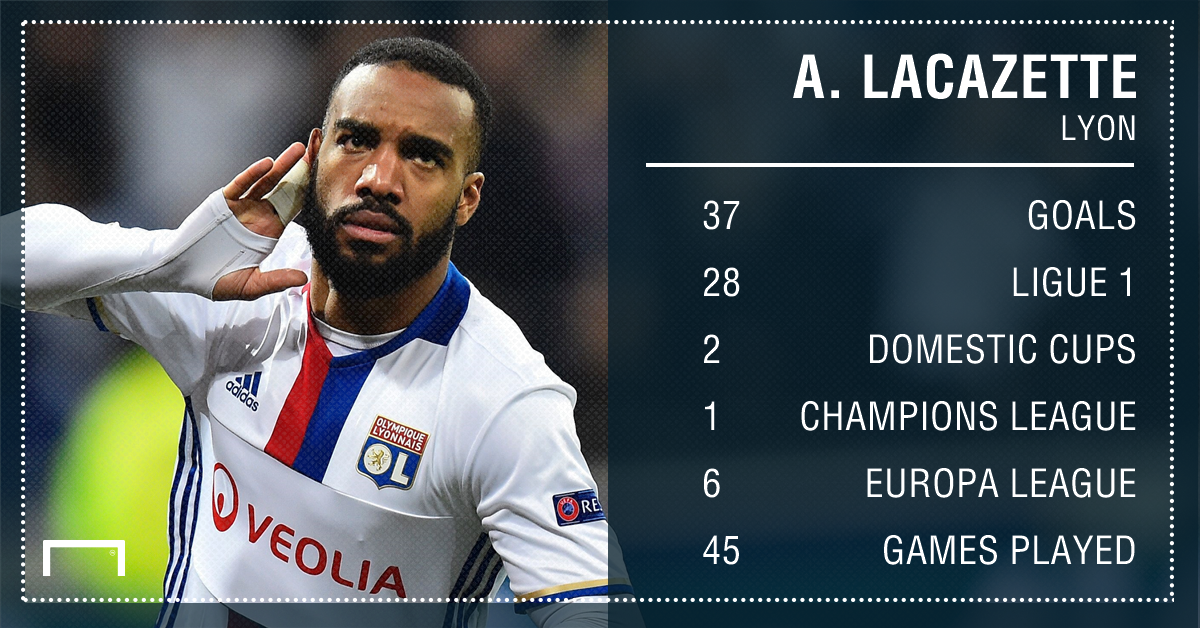 Has scored 20+ league goals in three successive seasons at Lyon, while passing the 100-goal mark for the club while setting a new personal best in 2016-17.

Having been a talismanic presence for his Ligue 1 employers, the France international is now destined to take his predatory instincts elsewhere – with Manchester United and Liverpool among those reported to be keen. 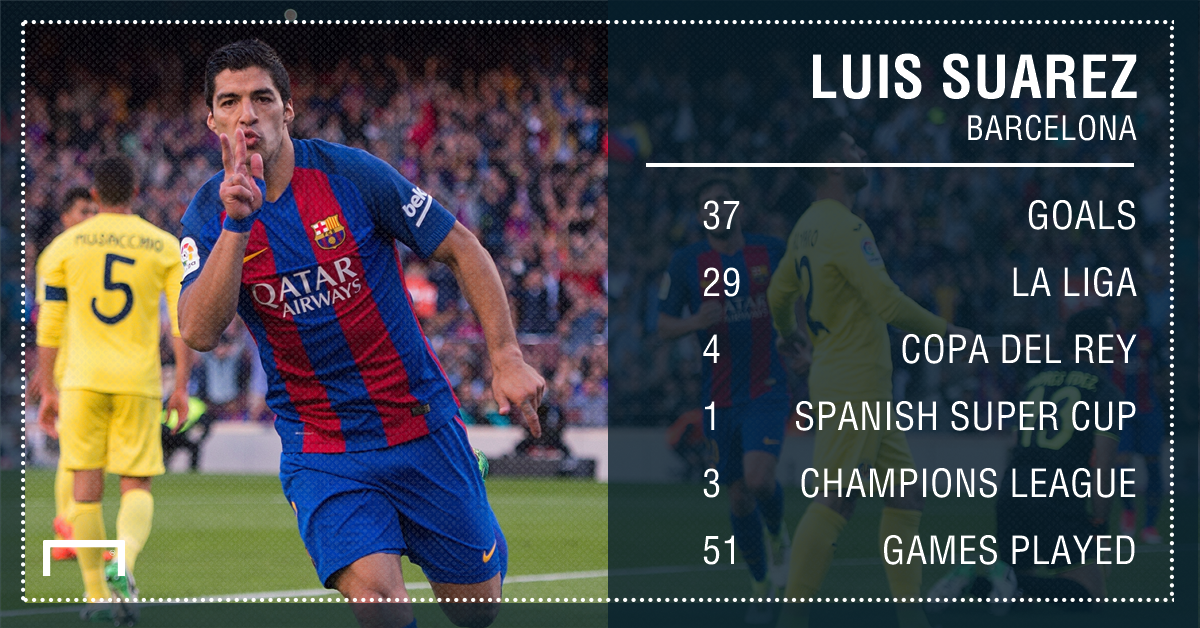 Only Messi and Ronaldo have managed more goals in La Liga since the Uruguayan moved to Camp Nou in 2014, with 85 managed in just 97 appearances.

Is one of only eight players in Europe to have registered double figures in terms of assists and goals in the 2016-17 campaign. 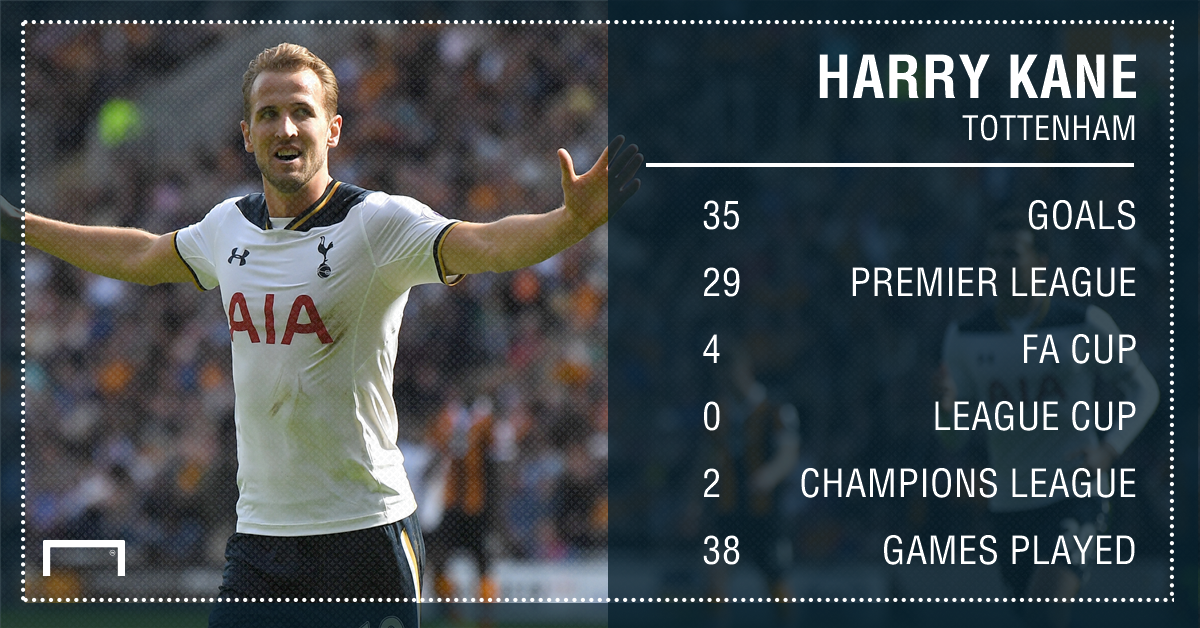 The Tottenham talisman is only the fifth player to score 25+ goals in two successive Premier League seasons, following in the footsteps of Alan Shearer, Thierry Henry, Robin van Persie and Robbie Fowler.

His 29-goal haul in 2016-17 saw him make it back-to-back Golden Boot successes in the English top-flight. 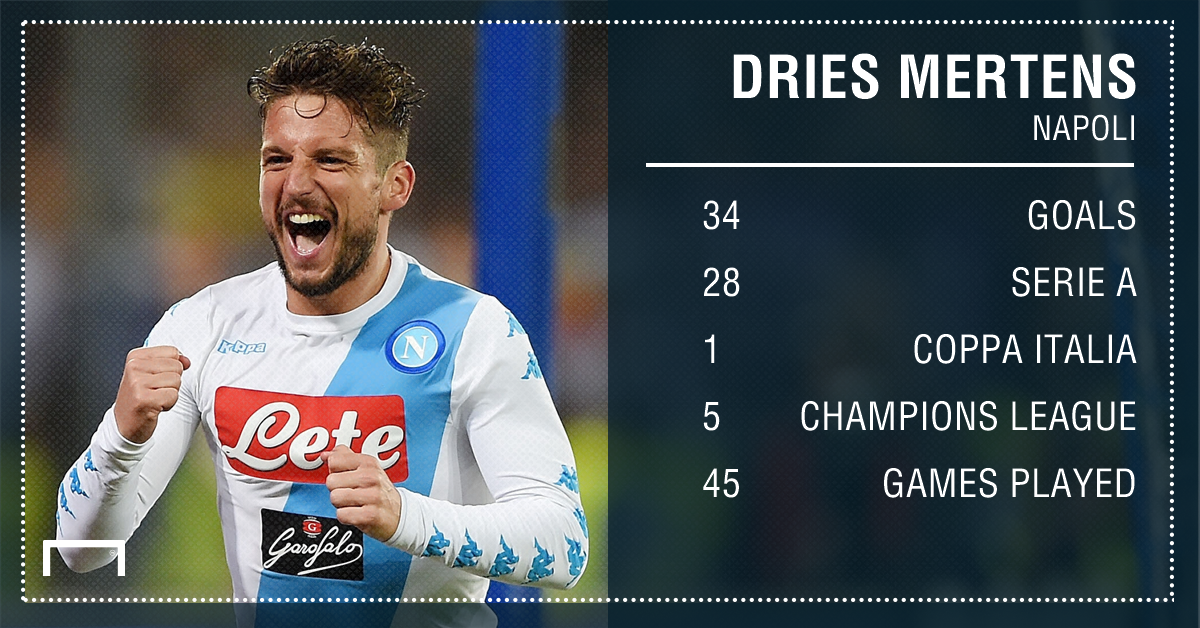 Saw off competition from Chelsea’s Eden Hazard and Roma’s Radja Nainggolan to be named Belgian Footballer of the Year for 2016.

JUST OUTSIDE THE TOP 10 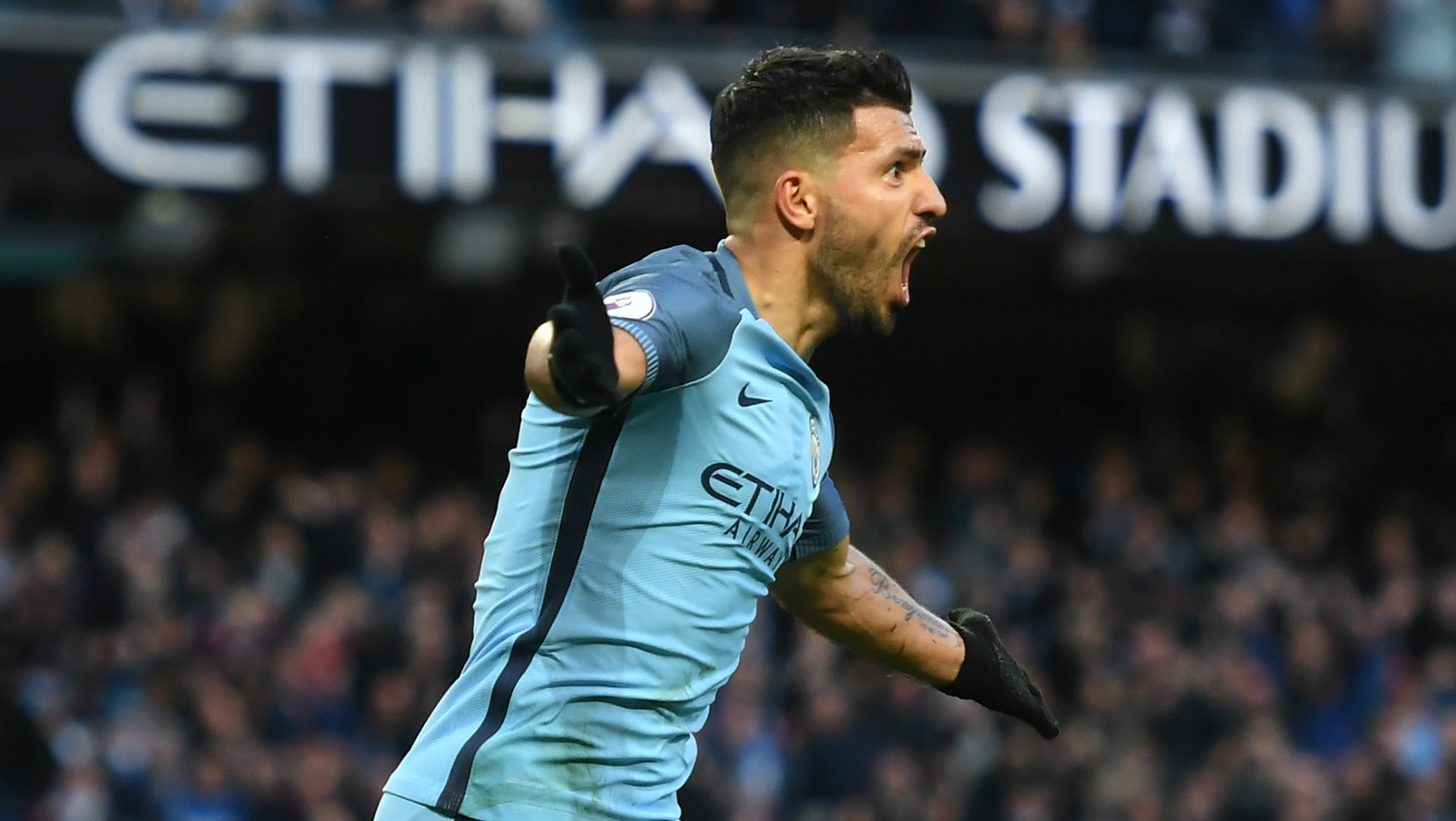 Sergio Aguero managed 33 in all competitions for Manchester City, despite seeing his future called into question at times – becoming only the fifth player to 20+ in three successive Premier League seasons after Alan Shearer, Thierry Henry, Ruud van Nistelrooy and Harry Kane.

Gonzalo Higuain started to repay his €90 million transfer fee at Juventus with 32 goals, including five in a run to the Champions League final, while Alexis Sanchez hit 30 for the first time in his career to help Arsenal to FA Cup glory.

Radamel Falcao also hit that mark, with the Colombian enjoying a welcome return to form to spark a Ligue 1 title win at Monaco after two forgettable seasons on loan in England with Manchester United and Chelsea.

BEST OF THE REST 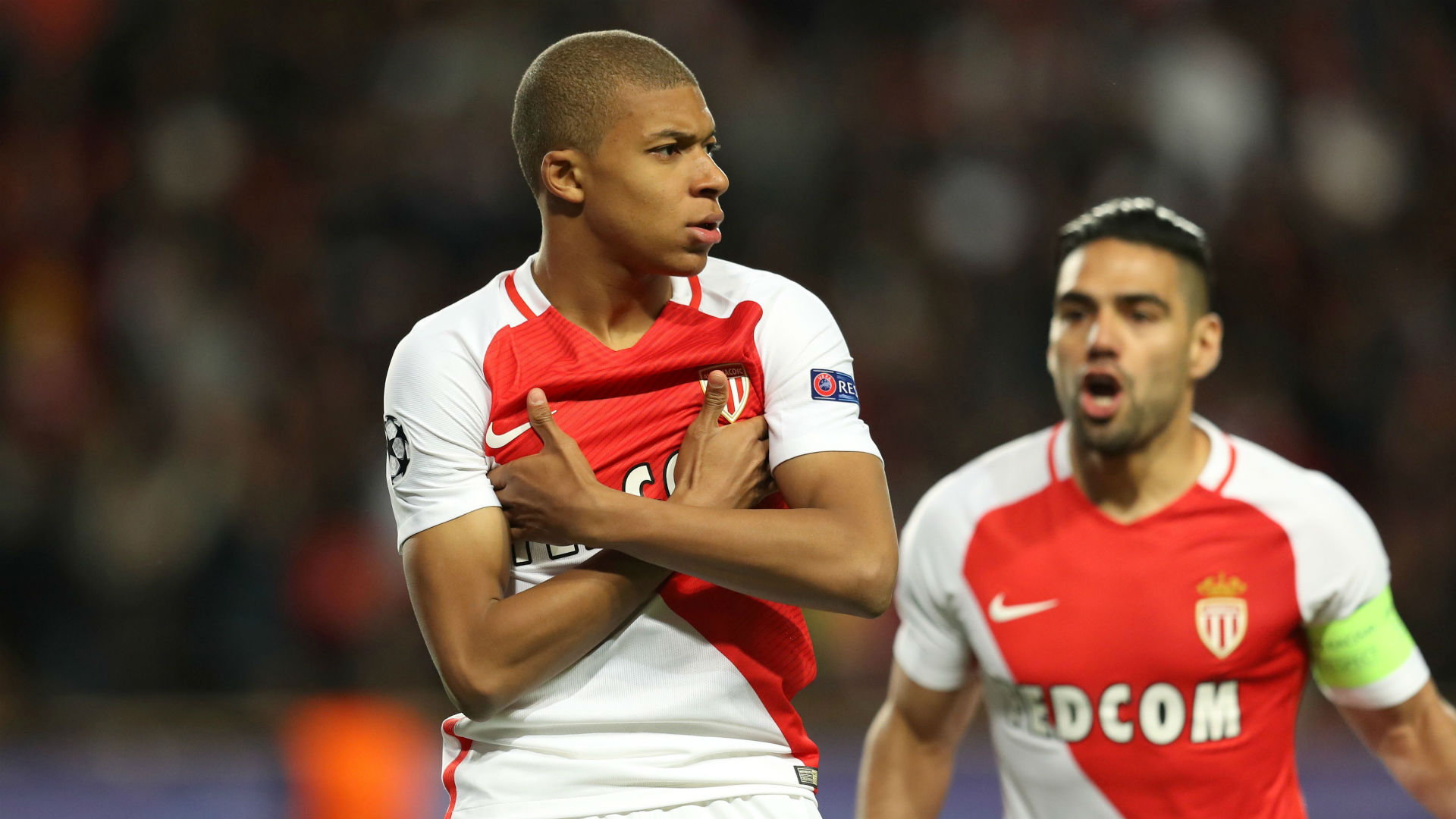 Zlatan Ibrahimovic (28) saw his season cut short by injury, but not before becoming the first man to score 20+ goals for Manchester United since Sir Alex Ferguson’s departure, while Andre Belotti (28) came of age at Torino, netting a European-high 10 efforts in the league with his head.

Blackburn Rovers fans are unlikely to have fond memories of Anthony Modeste, but he has been prolific for Koln and plundered 27 efforts across all competitions in 2016-17 – including 25 of his side’s 51 in the Bundesliga.

Mauro Icardi also achieved the feat in another frustrating season for Inter, while Everton’s Romelu Lukaku joined Michael Owen, Wayne Rooney and Robbie Fowler in an elite group of players to have netted 80+ times in the Premier League before the age of 24.

Elsewhere, Antoine Griezmann caught the eye of the likes of Manchester United with another impressive haul at Atletico Madrid and Kylian Mbappe became the teenage sensation of the season at Monaco, becoming only the sixth player to score in his first four Champions League starts and drawing comparisons with Thierry Henry as he helped Monaco to the Ligue 1 title.