Francesco Totti has become the second player to reach 250 Serie A goals, but the occasion was bittersweet as Roma fell to a 3-1 defeat against Torino.

‘Pep is good coach with a s*** personality’

The Roma icon turns 40 on Tuesday and sent Joe Hart the wrong way from the penalty spot 10 minutes after coming on as a half-time substitute. 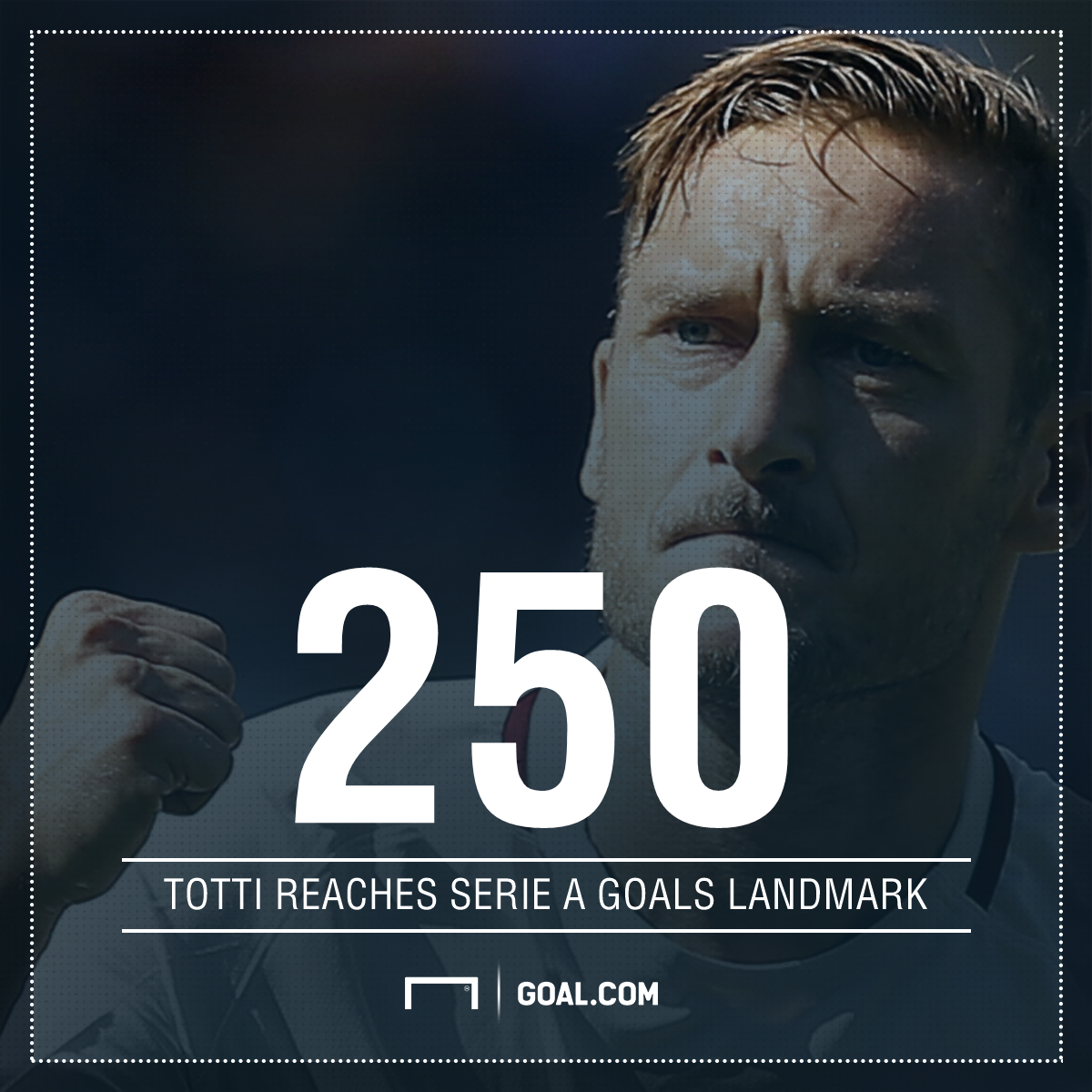 That was the 250th strike of Totti’s top-flight career, over 23 years after making his league debut as a 16-year-old against Brescia in March 1993.

Only legendary striker Silvio Piola, who retired in 1954, has more goals in Italy’s top division with 274.

Roma were already two goals down by the time the milestone was reached, Andrea Belotti heading hosts Torino in front after eight minutes and Iago Falque scoring a penalty of his own three minutes before Totti’s strike.

The veteran’s spot-kick gave the visitors hope of launching a comeback, but a second strike for Falque – on loan in Turin from Roma – restored Torino’s two-goal cushion to end a three-game winless run.

Roma have now lost two of their last three Serie A matches, leaving them five points behind early leaders Juventus.