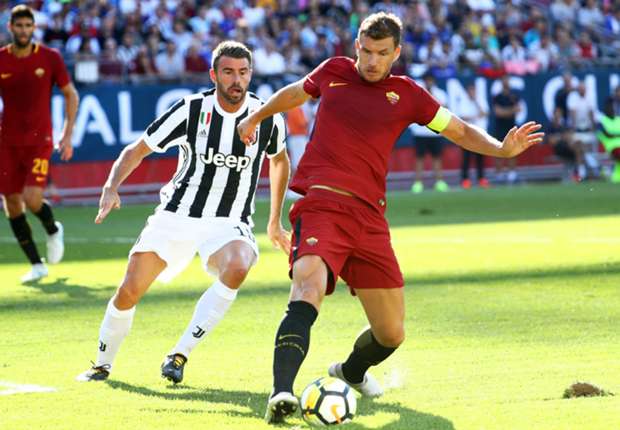 Following their penalty shoot-out loss to Juventus on Sunday, Edin Dzeko praised Roma’s moves in the transfer market, but it is uncertain whether the gap in Serie A has closed.

Dzeko scored the equaliser against Juve at the International Champions Cup before voicing his support for the arrivals of Aleksandar Kolarov and Cengiz Under.

Former team-mates at Manchester City, Kolarov and Dzeko have particularly connected well, with the Serbian defender providing the assist for the Bosnian during the 1-1 draw in Foxborough.

“We know each other well,” Dzeko said afterwards. “He provided many assists for me in the Premier League.

“He is a very strong player, who helps this Roma and I’m glad he came here.”

On Cengiz, who netted his penalty in the 5-4 shoot-out loss, Dzeko believes he has raw talent and can eventually be a positive addition.

“He is very strong, and we have already seen that which is why Roma bought him,” he said. “He has a lot of quality, and he is still young, meaning he can learn and improve here.”

Despite taking last season’s title winners to penalties, the 31-year-old was noncommittal on Roma’s chances in challenging for 2017-18.

“It was a pre-season game, so I don’t know if you can take a lot out of it,” Dzeko said.

“Juve remains a strong team, and other teams have bought a lot of players, but I think Serie A will be better this year.

“We did well and we have trained very well in America. I think we are ready for the new season, but we still have 20 days to go.”