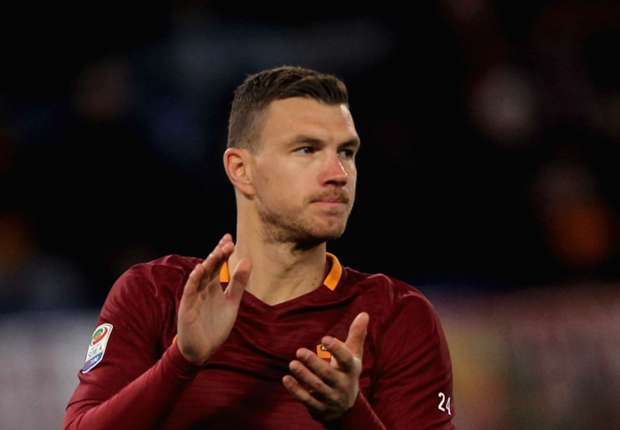 Roma striker Edin Dzeko will miss Sunday’s crucial Serie A clash with table-toppers Juventus due to a calf injury.

The fixture represents Roma’s last chance to try to reel in Juve as Massimiliano Allegri’s side will secure the Scudetto if the hosts fail to win at the Stadio Olimpico.

Bosnia international Dzeko’s 27 league goals have helped the Giallorossi cling onto the coattails of the Turin giants all season, but a sixth-straight title looks on the cards for Juve, who are seven points above Roma with three games to play.

However, he will not play at the weekend after picking up a calf strain, which is expected to take 10 days to heal.

Dzeko’s absence could prompt Francesco Totti’s elevation into Luciano Spalletti’s plans, although the coach has grown tired in recent weeks over incessant questioning about his use of the legendary forward, who is expected to retire at the end of the season.

After the 40-year-old was an unused substitute in the 4-1 win over AC Milan at the weekend, Spalletti said: “We always end up talking about the same thing. This team deserves praise, but instead we are always talking about this and if I play him for just five minutes, I’m disrespecting a legend, then if I don’t introduce him, that’s wrong too.”