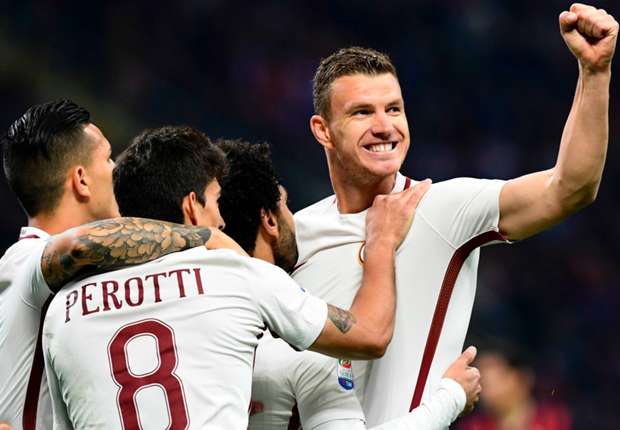 Edin Dzeko has ended the season as Serie A’s most prolific striker and equalled Roma’s club record of 29 goals scored in a single league campaign, set by Rodolfo Volk in 1930-31.

A close-range effort 10 minutes into Sunday’s 3-2 win over Genoa ensured the 31-year-old striker became the first Bosnian player to win the Capocannoniere, fending off the challenge of Dries Mertens who scored in Napoli’s 4-2 win over Sampdoria to take his own total to 28.

Dzeko has scored eight goals in Roma’s last eight matches to make this term his most successful – the striker having scored 26 goals in the Bundesliga for Wolfsburg in 2008-09 – and his form has been vital to Roma’s second-place finish.

Belgium international Mertens last scored more than 20 league goals in a season when he netted 21 for PSV in 2011-12, and his haul for Napoli this campaign included a hat-trick in a 5-0 win at Cagliari followed by four goals in a 5-3 win over Torino seven days later.

goals in Serie A this season.

Torino’s Andrea Belotti ended the season as Serie A’s third highest scorer with 26 after adding to his tally in a 5-3 win over Sassuolo on Sunday, followed by Gonzalo Higuain of Juventus and Mauro Icardi of Inter, who both scored 24.

Ciro Immobile was the only other player to finish with more than 20 goals after he converted a penalty in a 3-1 loss at Crotone to finish up with 23 league strikes.