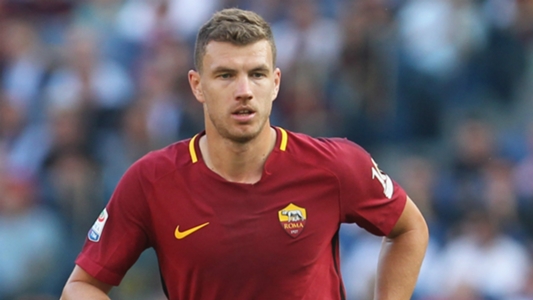 Roma sporting director Monchi has rejected reports that his side have agreed a fee with Chelsea over striker Edin Dzeko.

The Bosnian has been subject of interest from the Blues along with his team-mate Emerson Palmieri.

Chelsea manager Antonio Conte has been linked with a host of strikers to help share the goal-scoring burden with Alvaro Morata, and appears to have settled on Dzeko as his top January option.

But, prior to Wednesday’s match against Sampdoria – a game Dzeko started – Monchi claimed that Chelsea’s bid for the 31-year-old striker was “not interesting.”

“Roma, like every club in the world, listen to the offers that arrive for their players, not just for Edin, but anyone in the squad,” Monchi told Mediaset Premium.

“We are ready to listen and then we decide. Now Dzeko is here and the rest doesn’t matter, which means the offer that arrived is not interesting.”

Goalreported on Monday that Chelsea and Roma had reached an agreement over a fee for the double transfer of Dzeko and Emerson.

Dzeko is still yet to agree personal terms with the Blues, with the player’s agent attempting to resolve visa issues in order to continue talks in London with Chelsea.