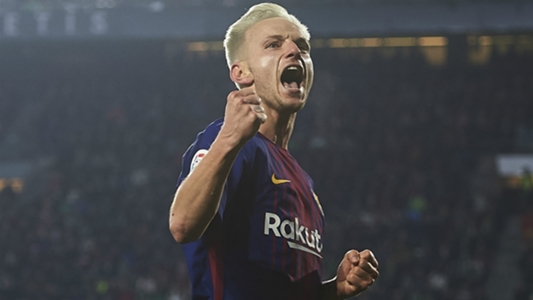 Ivan Rakitic insists Barcelona still have work to do despite taking a big 4-1 first-leg lead in their Champions League quarter-final against Roma.

Two own goals put Barca in control at Camp Nou, before Gerard Pique added a third, but Edin Dzeko’s away goal 10 minutes from time looked to have brought the Serie A side back into the tie.

While Ernesto Valverde’s men will sleep a little easier after seeing Luis Suarez strike to restore a three-goal advantage ahead of the return encounter, Rakitic is not writing Roma off.

“Nothing is done,” the midfielder told BT Sport. “We know there will be a lot of pressure in Italy.

“We have to be prepared, we have to forget this first game and play like today – or, if possible, better. We want to be in the semis.”

Rakitic was not surprised Roma pushed Barca all the way, adding: “We are now in the quarter-finals of the Champions League, so we have to play against big teams – Roma are one of the biggest teams.

“It’s normal that they will have opportunities. We have some points we have to do better. It was important for us to win – that’s the Champions League.”

Roma forward Dzeko is not particularly optimistic of a comeback, though, as he believes Suarez’s strike may have settled the tie.

“From the first minute, we tried to play as we always do, pressing them high,” Dzeko told Mediaset Premium.

“We knew they are stronger but we gave our all and it’s a shame because 4-1 is too big a defeat, and we gifted them own goals – 3-1 would have been much nicer.

A tough night, but fantastic support as always. Thanks to all the fans for cheering on the team, both in the stadium and around the world. #ASRoma#UCL#BarcaRomapic.twitter.com/3peuOPBcdy
— AS Roma English (@ASRomaEN) April 4, 2018

“But if you make mistakes against a side like Barcelona, they punish you.

“If we want to play in the Champions League next year then we’ve got to ensure we finish in the top four [of Serie A], and then we can think about the second leg.”