Chelsea’s season is unlike to completely implode but it is now in very real danger of slipping into mediocrity after Arsene Wenger got the better of Antonio Conte with a mediocre Arsenal side on Wednesday evening at the Emirates.

The hosts’ inspired second-half showing saw them over the line and into a Carabao Cup final with Manchester City courtesy of a 2-1 win on the night, and on aggregate. But the Gunners never should have been allowed to tun the game, and indeed the tie, around, with the Blues having opened the scoring with a fine Eden Hazard goal.

As it was, though, Granit Xhaka and Nacho Monreal decided the game in Arsenal’s favour, meaning Conte has only been able to beat Arsenal once in his eight games as Chelsea manager.

Several reliable players failed to show up on the night, with underwhelming displays from Andreas Christensen, Cesar Azpilicueta and both wing-backs having severely hindered the Blues’ hopes of making it to Wembley.

However, it must also be said that Conte’s substitutions also proved dreadfully ineffective. Ross Barkley was rushed into his debut as Willian was forced off with a first-half injury. The January arrival from Everton hadn’t played an official match for eight months and it showed.

Barkley was poor and Davide Zappacosta’s late introduction merely underlined how light Chelsea are on attacking talent with Cesc Fabregas and Alvaro Morata currently out injured.

Still, while Chelsea have problems, Arsenal’s are undoubtedly worse and the Blues really should have had enough to beat the Gunners. However, Lady Luck did not smile on the visitors, as deflections off Antonio Rudiger proved crucial to both Arsenal goals.

Chelsea’s misfortune began shortly after Hazard had taken a pass from Pedro in his stride before coolly slotting home, as Nacho Monreal’s header hit Marcos Alonso and then Rudiger to wrong-foot Willy Caballero and level matters. Then, in the second half, Alexandre Lacazette’s cross was deflected off Rudiger into the path of Xhaka, who stabbed in what proved the winning goal.

However, even amid bad luck, Chelsea should be beating Arsenal over two legs. They are much the better side and, after a poor 0-0 in the opening 90 minutes at Stamford Bridge, they again failed to get the job done at the second time of asking at the Emirates. 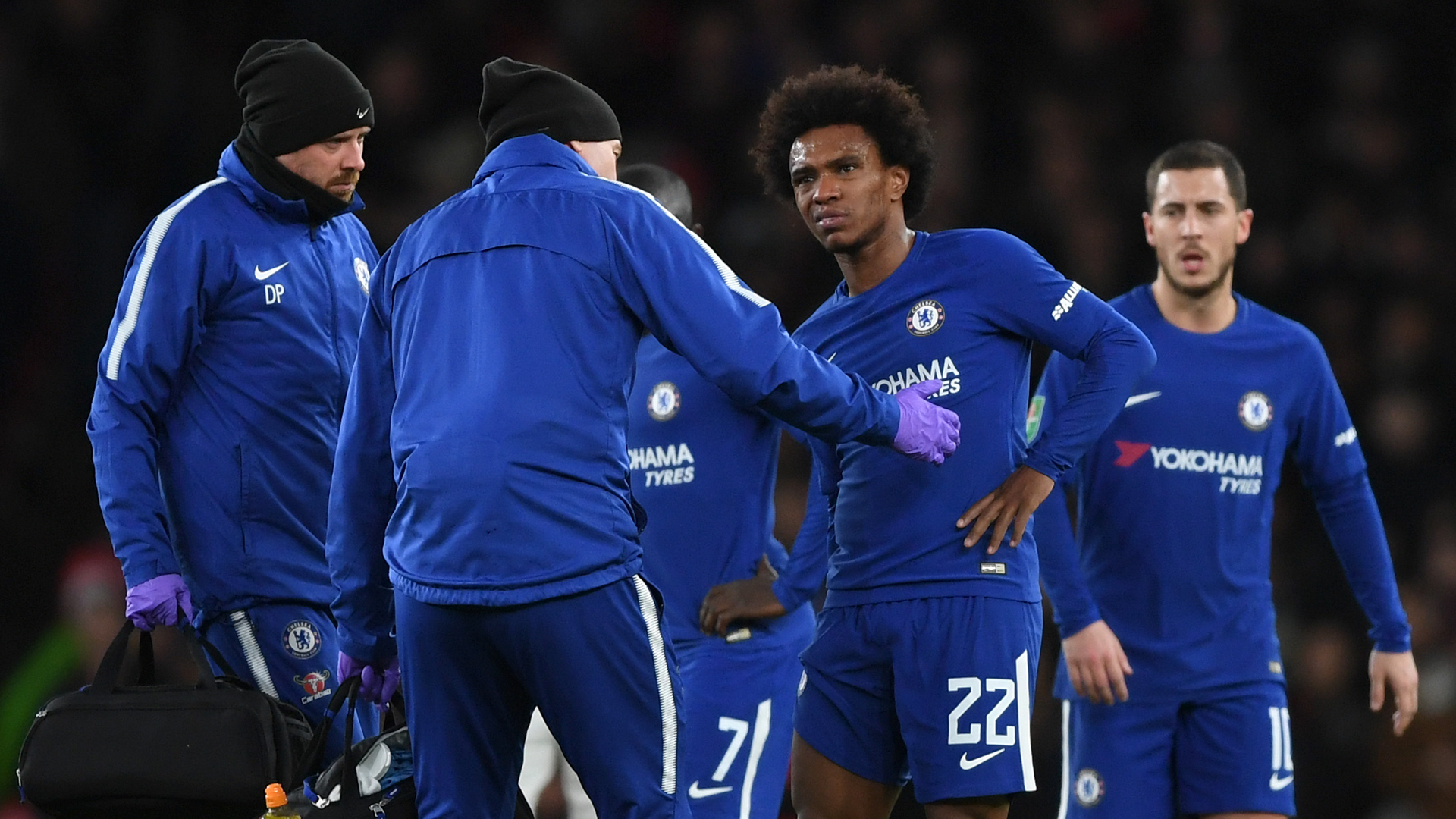 Hazard was head and shoulders above any of his team-mates on the night, particularly from an attacking perspective, and it is easy to understand why Chelsea are now in pursuit of Roma’s Edin Dzeko, who started and scored for Roma against Sampdoria as Chelsea bowed out of the League Cup.

Conte could have done with more attacking talent at his disposal as he had to bring on Michy Batshuayi and Zappacosta in the second half. Batshuayi is a player that Conte clearly doesn’t trust and he had just six touches of the ball after coming on with 25 minutes to go, while Zappacosta isn’t the sort of substitute you need when you are losing in a cup semi-final.

The next most attacking player on the bench was Danny Drinkwater, so Conte can’t be blamed for his underwhelming substitutions and how he must have wished that the proposed Dzeko deal had already been done.

As a manager, Conte has five league titles but no domestic cup competitions and that record will continue unless he can win the FA Cup this season. 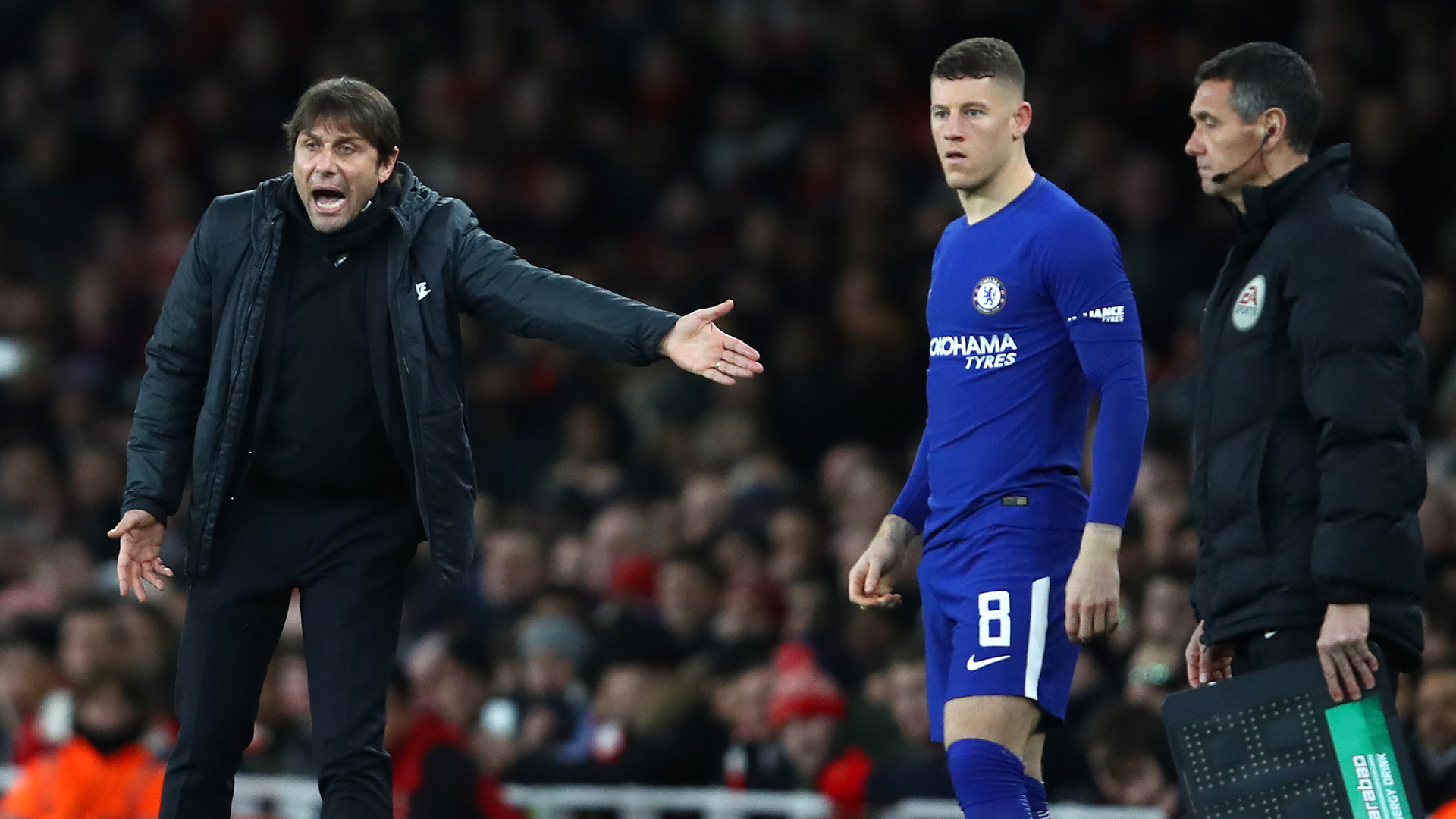 Chelsea are big outsiders for the Champions League, especially after drawing Barcelona in the last 16. The FA Cup might be the most realistic trophy to aim for now but there’s a very real chance that the Blues will end up trophy-less in 2017-18.

The Blues’s 200th league cup game ended in huge disappointment and now they have a tough task of making sure the rest of their season doesn’t follow suit.