James Milner may not be one of the most exciting players in world football but he is one of the most effective, as underlined by the fact that the Liverpool ace is on the verge of making Champions League history.

Ahead of his side’s semi-final first-leg meeting with Roma at Anfield, the England international needs just one more assist to break the tournament’s all-time record for a single season.

Indeed, Milner has already created eight goals during the Reds’ remarkable run to the last four – three more than his nearest rivals, team-mate Roberto Firmino and Luis Suarez of the already-eliminated Barcelona.

Should the 32-year-old midfielder turn provider again against Roma, he will claim outright possession of the record from Neymar and Wayne Rooney, both of whom racked up seven assists, in 2016-17 and 2013-14, respectively.

Milner’s achievement is made all the more remarkable for the fact that he has played only 611 minutes – fewer than both Neymar (797) and Rooney (765).

He actually started Liverpool’s Champions League campaign on the bench, failing to see any game time in the draws with Sevilla and Spartak Moscow.

However, as soon as he was added to Jurgen Klopp’s starting line-up, the Reds began winning, with Milner racking up an assist in both the away and home wins over Maribor. Milner set up three goals in the 7-0 demolition of Spartak, which saw Liverpool progress to the knockout stage as winners of Group E.

Milner teed Firmino up for Liverpool’s fourth in their 5-0 win at Porto in the last 16 before doing likewise for Alex Oxlade-Chamberlain in the rousing 3-0 victory over Manchester at Anfield in the quarter-finals.

As a result, the Reds’ unlikely hero is now poised to do something no player has ever done before in Champions League history! 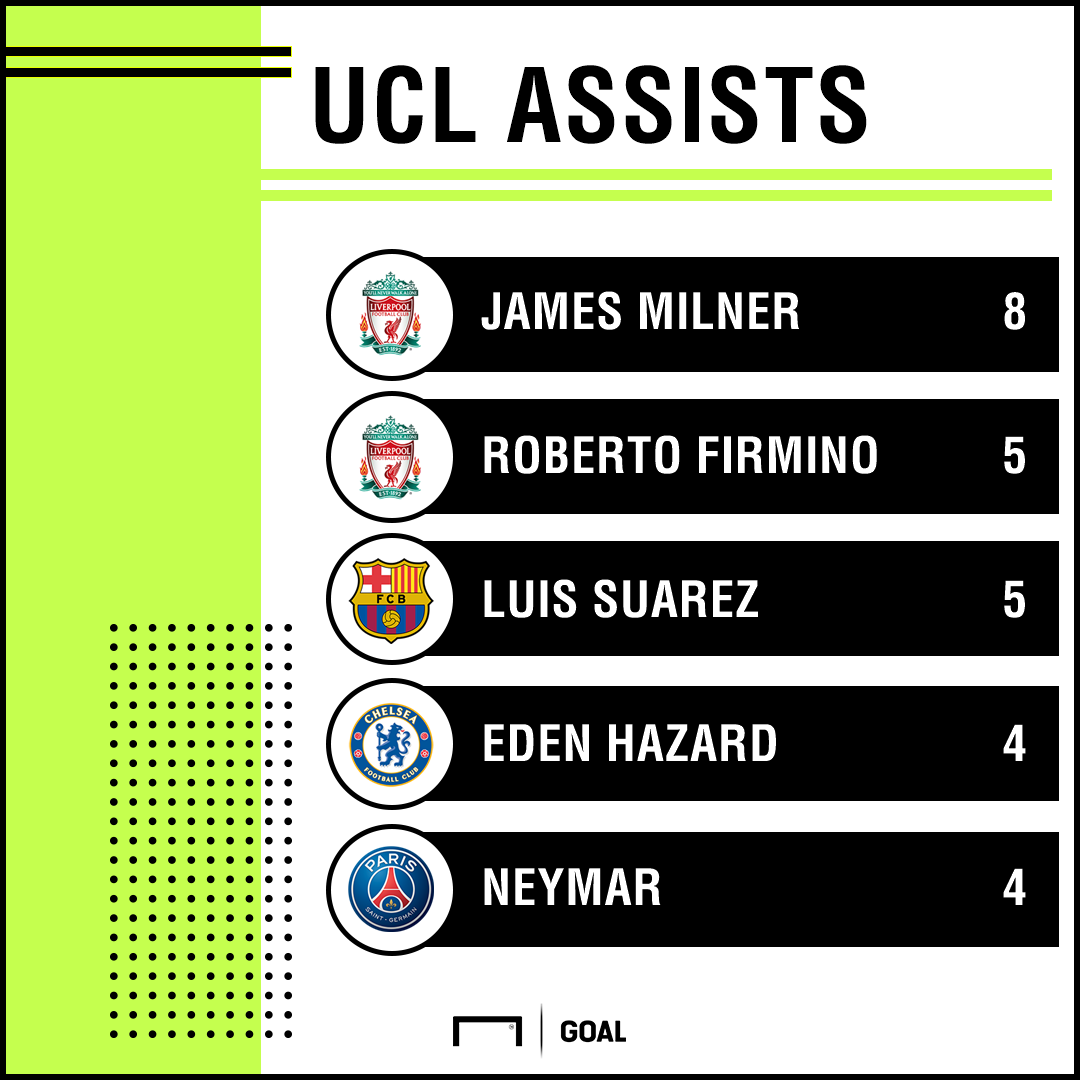