The goalkeeper and striker will follow Vincent Kompany, David Silva and Sergio Aguero in agreeing fresh terms but there are no talks scheduled with Manuel Pellegrini

Joe Hart and Edin Dzeko are set to sign new long-term deals at Manchester City but the club have no plans to extend the contract of manager Manuel Pellegrini, Goal understands.

The Premier League champions have already secured the long-term futures of David Silva, Vincent Kompany and Sergio Aguero in the last week, as well as signing Eliaquiam Mangala and Fernando from Porto, Bacary Sagna from Arsenal and Willy Caballero from Malaga during the transfer window.

England goalkeeper Hart will face stiff competition to secure his status as City’s No.1 this season following the arrival of Caballero but is ready to commit his future to the club regardless.

Caballero started against Arsenal in the 3-0 Community Shield defeat last weekend and could do so on Sunday as City begin the defence of their title at Newcastle after Hart celebrated the birth of his first child on Friday.

Dzeko, meanwhile, looked set to leave the club this time last season following the additions of Stevan Jovetic and Alvaro Negredo but has flourished under Pellegrini with goals in three of last season’s final four matches helping to secure the title. 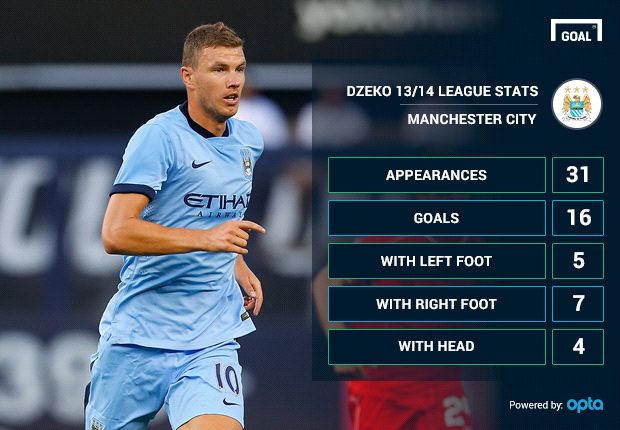 Despite Pellegrini winning two trophies in his first full season in charge Goal understands City will wait until the end of the current campaign before considering whether or not to extend the Chilean’s contract, which has two years left to run.

A source told Goal: “The club’s owners are of the opinion that a manager’s cycle should last three years. They do not want a repeat of the scenario whereby Roberto Mancini was offered a five-year deal after winning the title only for him to receive a huge pay-off just 12 months later.”

Bruno Zuculini, meanwhile, is close to agreeing a season-long loan move to Valencia. The two clubs held talks on Saturday and the young Argentine is expected to complete the switch early next week.