The Roma striker scored for the seventh game on the trot and currently sits atop both the Europa League and Serie A scoring charts.

Edin Dzeko scored a hat-trick Thursday against Villarreal to move atop the Europa League scoring charts and extend his stunning run in front of goal.

The Roma forward has scored in his last seven matches, putting in 10 goals during that stretch and failing to score in just the first two matches of 2017 before starting his magnificent streak. The Bosnian international now is on pace for a record haul with 28 goals so far in all competitions, the most he’s had since scoring 29 for Wolfsburg in the 2009-10 campaign.

Ibrahimovic the star as Man Utd march on 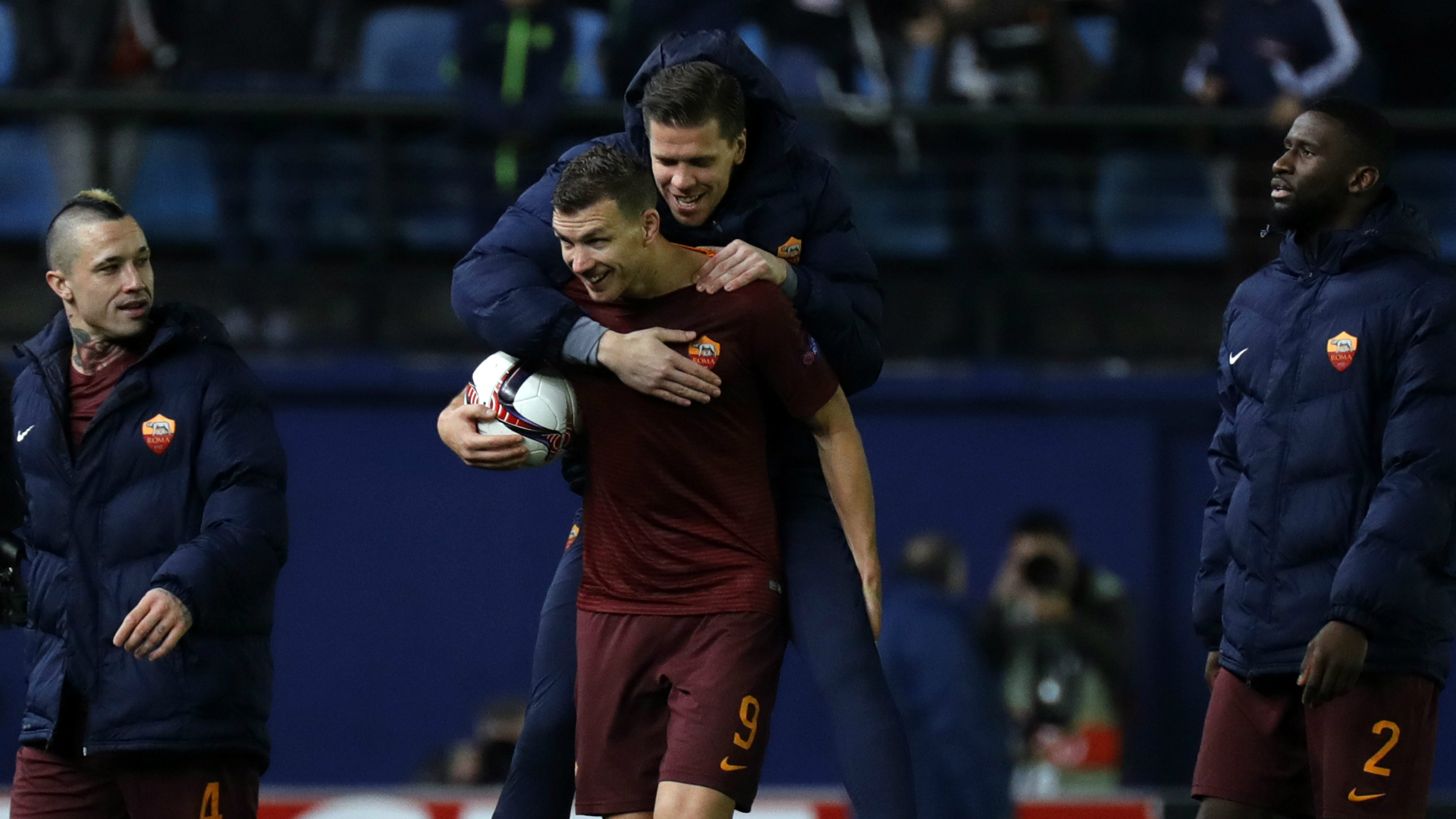 His 18 Serie A goals, which has him level with Gonzalo Higuain in the race for the Capocannoniere, given to Italy’s top scorer, already has eclipsed his league goal total for any of his five seasons with Manchester City, where the 16 Premier League goals he scored in 2013-14 stand as the high-water mark.

He also leads the Europa League goalscoring table with eight, adding Thursday’s trio to another hat-trick he scored earlier in the competition during a victory against Viktoria Plzen.

While Thursday’s haul was special, it wasn’t a rarity that Dzeko added to his initial tally. The Bosnian has scored multiple goals for Roma eight times since the start of the 2016-17 campaign, while also scoring a brace for Bosnia-Herzegovina in a 2-0 World Cup qualification victory against Cyprus.

With several months still remaining in the season, the 30-year-old looks to be well on his way to a record season, needing just two more goals to match the 30 he scored in all competitions with Wolfsburg in 2008-09.

He also is in the conversation for the European Golden Shoe, with his and Higuain’s 18 tied with Luis Suarez’s mark in La Liga, while Alexis Sanhez’s 17 currently lead the Premier League.