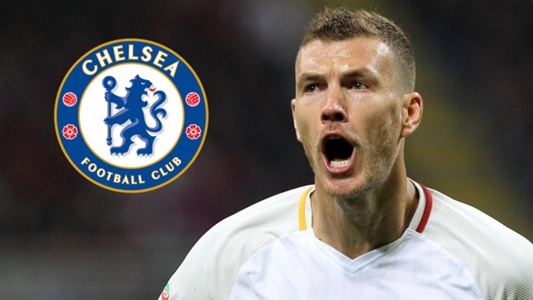 Edin Dzeko remains Chelsea’s prime striking target before the January transfer window closes, but a deal has been delayed by Roma.

Chelsea have agreed many parts of the deal to sign the former Manchester City striker, but Roma are looking for a replacement before sanctioning the Bosnia-Herzegovina international’s transfer.

The Blues have alternatives to Dzeko, with Tottenham’s Fernando Llorente and Arsenal’s Olivier Giroud being considered as more ambitious targets for a January move.

The likes of Stoke’s Peter Crouch and Burnley’s Ashley Barnes are other options and the moves could now be delayed until deadline day on January 31.

Arsenal will likely resist Chelsea’s approach for Giroud due to club rivalry after already losing Alexis Sanchez to Manchester United in the transfer window.

Llorente could be released by Tottenham in certain circumstances but that deal would be difficult to complete, despite Conte’s long-standing admiration for his former player.

The delay in Dzeko’s transfer has impacted upon two more players, with Chelsea forward Michy Batshuayi’s loan move away to Sevilla being delayed.

Meanwhile, Dzeko’s team-mate Emerson Palmieri’s £22 million move to Stamford Bridge has also been slowed down as Chelsea aim for a double deal for the Roma stars.

However, Chelsea remain confident that they can get their £50m swoop for Dzeko and Palmieri over the line as Roma need to sell in January.

Roma coach Eusebio Di Francesco will continue to play Dzeko due to the club’s battle for a Champions League spot and has pushed for a suitable replacement for the 31-year-old.

Palmieri’s deal is pretty much complete, but Dzeko’s still needs agreement on a contract before it can be completed.