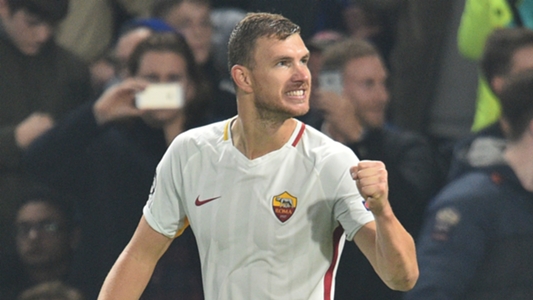 Edin Dzeko’s stunning volley versus Cheslea has been named UEFA Champions League Goal of the Week, presented by Nissan!

The Roma man struck in his side’s exhilarating 3-3 draw with Chelsea on Matchday Three.

Dzeko beat out competition from the likes of David Luiz, who lashed home a fine curling finish in the same game, and from Bosnia and Herzegovina team-mate Miralem Pjanic, who hit a fine free-kick in Juventus’ 2-1 defeat of Sporting.

Spartak Moscow’s Denis Glushakov also earned a nomination with a wonderfully-controlled volley of his own in a 5-1 thrashing of Sevilla.

Basel’s Taulant Xhaka rounded out the nominees with a fine run and smart finish that helped secure the Swiss side a comfortable victory at CSKA Moscow.

Click here to watch the UEFA Champions League Goal of the Week, presented by Nissan!