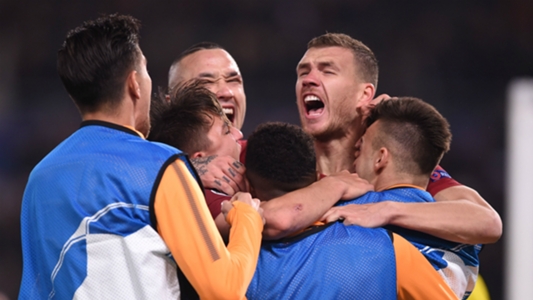 Edin Dzeko credited his Roma team-mates for a “patient” performance as they dumped Shakhtar Donetsk out of the Champions League.

A 1-0 win, after a 2-1 defeat in Kharkiv, took Roma through on away goals as Dzeko scored seven minutes into the second half with the game’s first chance of note.

And although the Serie A side were outplayed for long periods at Stadio Olimpico, the Bosnian praised the way his side did not panic before eventually finding the breakthrough.

And Roma legend Francesco Totti also congratulated his former side on Twitter.

“A fantastic result, a fantastic Roma: among the best eight sides in Europe,” he posted. “We push forward onto the next round.”