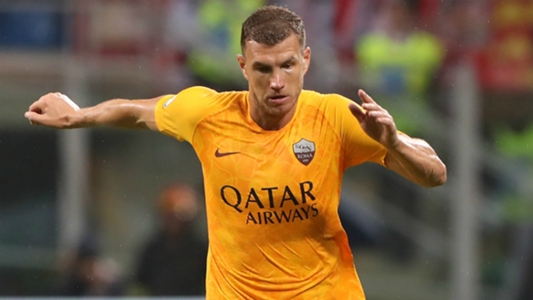 Edin Dzeko is “happy” at Roma, though the former Manchester City striker could be open to a Premier League return.

Roma star Dzeko was close to moving back to England in January but his transfer to Chelsea did not materialise after winning two league titles with City in 2012 and 2014.

The 32-year-old Bosnia-Herzegovina international is settled in Rome as time runs out for him to return to the Premier League.

“I had four and a half great years there, and had fun every minute of every game. I love the Premier League and England, so we’ll see. At the moment I’m happy in Rome.”

The forward scored 50 goals in 130 total appearances during his stay in Manchester, which lasted from 2011-16 following a stint with Bundesliga side Wolfsburg.

His best season came in 2013-14, as Dzeko scored 16 league goals while adding a further 10 in other competitions.

Since moving to Rome, the forward hasn’t slowed down, firing 78 finishes through 157 matches with the Italian club.

Dzeko has scored twice in Serie A this season, while the veteran netted a hat-trick in Roma’s Champions League rout of Viktoria Plzen on matchday two.