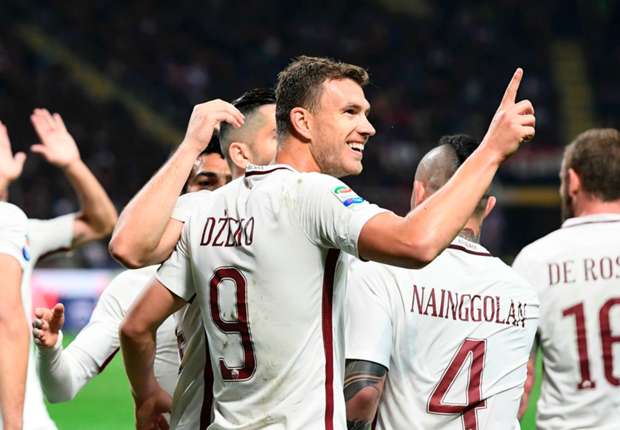 It’s safe to say Edin Dzeko has found a comfortable home at Roma.

The former Manchester City striker signed for the Italian side in the summer of 2015, and while Roma likely knew they had landed a top goal-scorer, they probably didn’t know he’d be hitting marks not seen at the club since the 1930s.

The 31-year-old netted twice on Sunday, with his second goal being his 27th of the Serie A season. The total is good enough to be Serie A’s top scorer, but it’s also a goal total no Roma player has hit in Serie A since the 1934/35 campaign.

27 – Dzeko is the first Roma player to score at least 27 goals in a single Serie A season since Enrique Guaita (1934/35). History #MilanRoma

The 4-1 win leaves Roma second in the Serie A table, a point clear of Napoli and seven back of Juventus.