Chelsea have not made an offer for Edin Dzeko but boss Antonio Conte is a keen admirer of the Roma striker, his agent has said.

The Bosnia-Herzegovina international, who scored twice in the 3-3 Champions League draw with the Blues at Stamford Bridge in October, is among a handful of powerful centre-forwards to have been linked with a January move to the club. 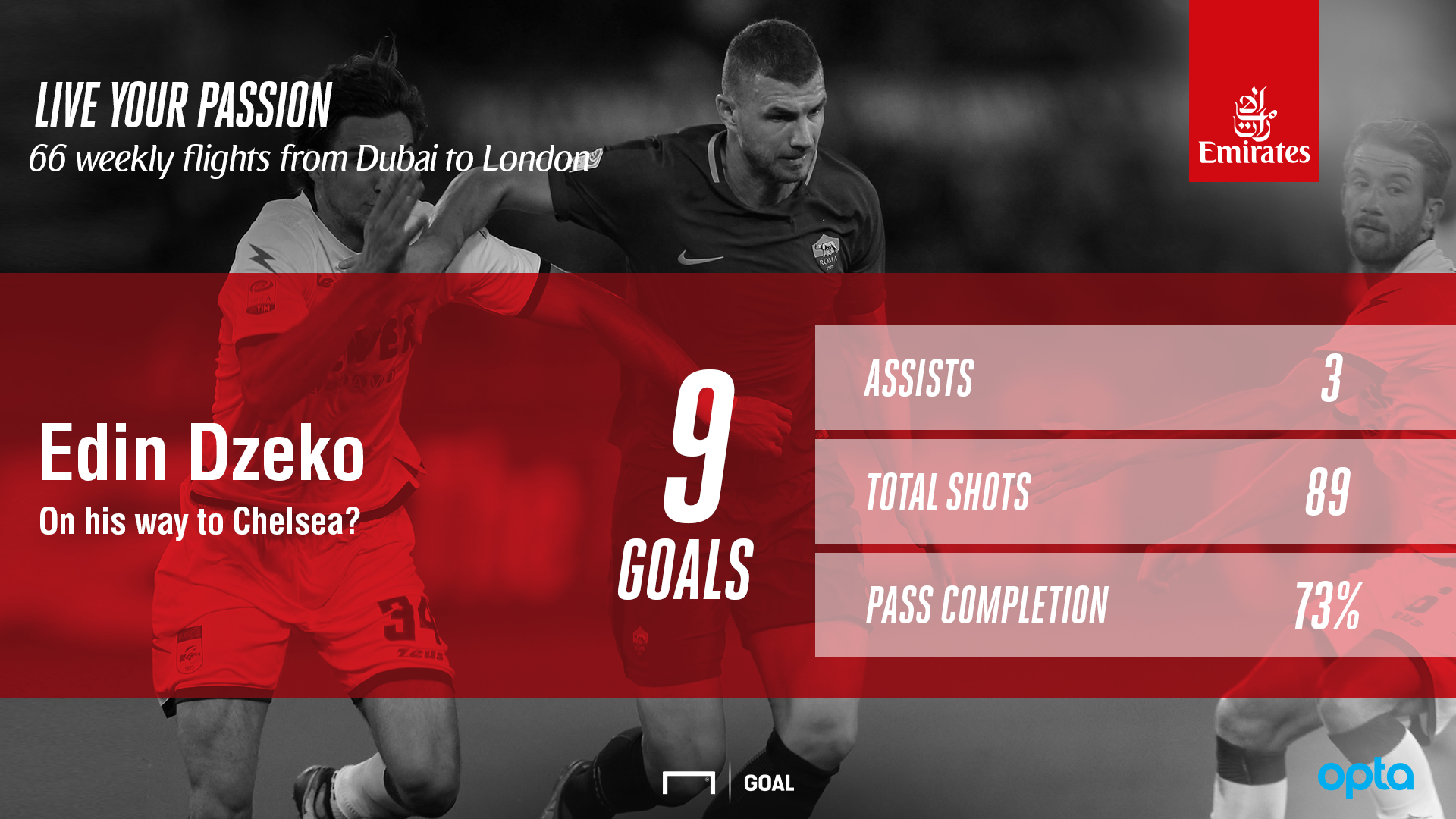 Dzeko’s representative, Irfan Redzepagic, claims Conte is a fan of the former Manchester City man’s qualities but insists there has been no approach.

“No, I don’t know anything about this. I’ve no information to that effect,” he told romagiallorossa.it when asked about the reported interest.

“Dzeko is a Roma player. You know that well.

“Every time you talk about Dzeko, clubs like Chelsea, Chinese clubs, even Mexican clubs crop up. They’re only rumours. The truth is that Dzeko wants to stay at Roma.

“My role is not to reveal certain dynamics of the market. All I can say is that Conte likes Dzeko. But who doesn’t like Edin?”

Conte is said to be keen to sign a striker who poses a strong aerial threat, having seen Fernando Llorente join Tottenham over Chelsea in the previous transfer window.