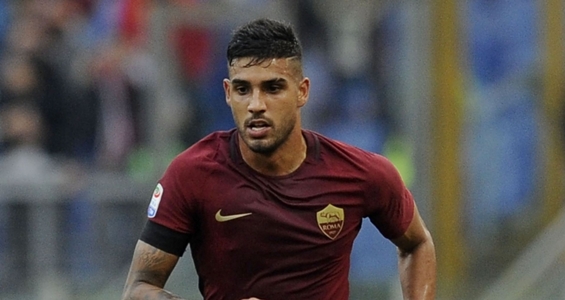 Chelsea should complete their move for Roma’s Emerson Palmieri in the next 48 hours after agreeing a four-and-a-half-year contract, Goal understands.

The Blues hope that the 23-year-old will be part of a double deal with Roma, as Goal reported on Monday that Chelsea are also aiming to secure striker Edin Dzeko this week. The deal could be worth a joint fee of around £50 million, which is inclusive of performance-related add-ons.

Emerson’s agents began talks with Chelsea last week, but the deal made significant progress over the weekend as Antonio Conte’s side won 4-0 at Brighton & Hove Albion.

Talks have progressed so rapidly that Chelsea are allowing their current back-up left wing-back Kenedy to discuss a loan move to Newcastle United, who tried to sign the 21-year-old in August.

In pressing ahead with a bid for Emerson, Chelsea appear to have abandoned their pursuit of Juventus defender Alex Sandro.

The Serie A champions have again resisted interest in Alex Sandro, as they did in the last transfer window, while Paris Saint-Germain are also considering a move for the Brazil international at the end of the season.

Juventus looked at Emerson as a possible replacement for Alex Sandro, when Chelsea pushed to sign the latter in the summer, while Newcastle had also previously shown an interest in him.

The Blues may have to ease former Santos man Emerson into their first-team plans, as he has only just recovered from an anterior cruciate ligament injury.

Emerson has only played two games this season, but he would be eligible for Chelsea’s Champions League campaign, unlike Dzeko, who has already played in the competition with Roma, including when scoring twice in a 3-3 draw at Stamford Bridge in the group phase.

With Emerson holding dual citizenship with Brazil and Italy, he will not require a work permit to move to the United Kingdom.