With the 2016-17 campaign drawing to a close, Goal unveils its all-star line-up – let us know your thoughts in the comment box

Juventus may be on the verge of racking up their sixth successive Scudetto but this has been one of the most enjoyable, high-quality Serie A seasons for some time. Indeed, both Roma and Napoli have played some exhilarating football, while Lazio and Atalanta have been surprisingly excellent.

Bonucci: Ruthless Juve can be legends

As a result, it’s no surprise to learn that those five sides account for every player in our Serie A Team of the Season. There were some incredibly close calls and honourable mentions must go to AC Milan’s teenage sensation Gianluigi Donnarumma and Torino ace Andrea Belotti, who were both very unlucky to miss out.

But do you agree with our selection, overall? Let us know in the comment box. Let the debate begin! 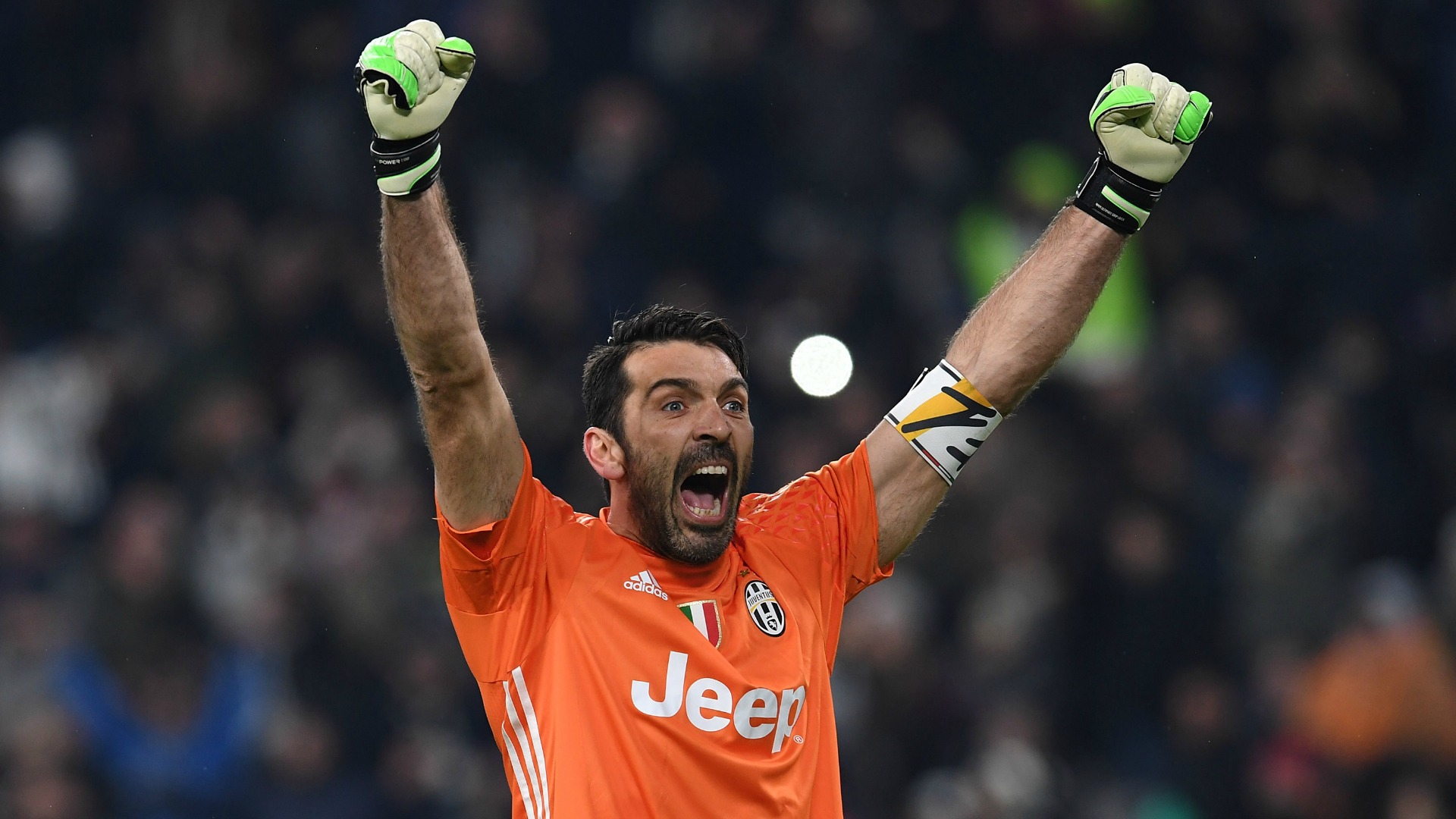 GIANLUIGI BUFFON (Juventus): Gianluigi Donnarumma has proven this season why he is considered ‘The new Buffon’. However, ‘The Old Buffon’ is still in a class of his own. There is still no more commanding or influential goalkeeper in the game today as the 39-year-old has underlined with a string of sensational displays during Juve’s march towards a sixth consecutive Serie A title. Indeed, Bianconeri boss Massimiliano Allegri claimed only last week that “Gigi deserves the Ballon d’Or regardless of whether we win the Champions League.”

Conte shows Italians do it better!

ANDREA CONTI (Atalanta): The Lecco native says that his childhood ambition was to play for one of the game’s top clubs and it is only a matter of time before that dream becomes a reality. Conti insists that he would like to stay in Bergamo for another season, after helping Atalanta return to continental competition for the first time in 26 years, but the likes of Barcelona and Chelsea have already been linked with a marauding wing-back who has netted eight goals this season – more than any other defender in Europe’s ‘Big 5’ leagues – and racked up five assists.

MATTIA CALDARA (Atalanta): Juventus have pulled off another transfer market masterstroke by snapping up the Bergamo native for an initial fee of €15 million and then allowing him to remain on loan at Atalanta, where he continues to impress with his classy defending, calmness in possession and eye for a goal. Indeed, he has scored seven times this season and is now looking forward to playing in the Europa League next season, quite rightly feeling that it will only aid his hopes of breaking into the Bianconeri backline when he belatedly makes the move to Turin in 2018. 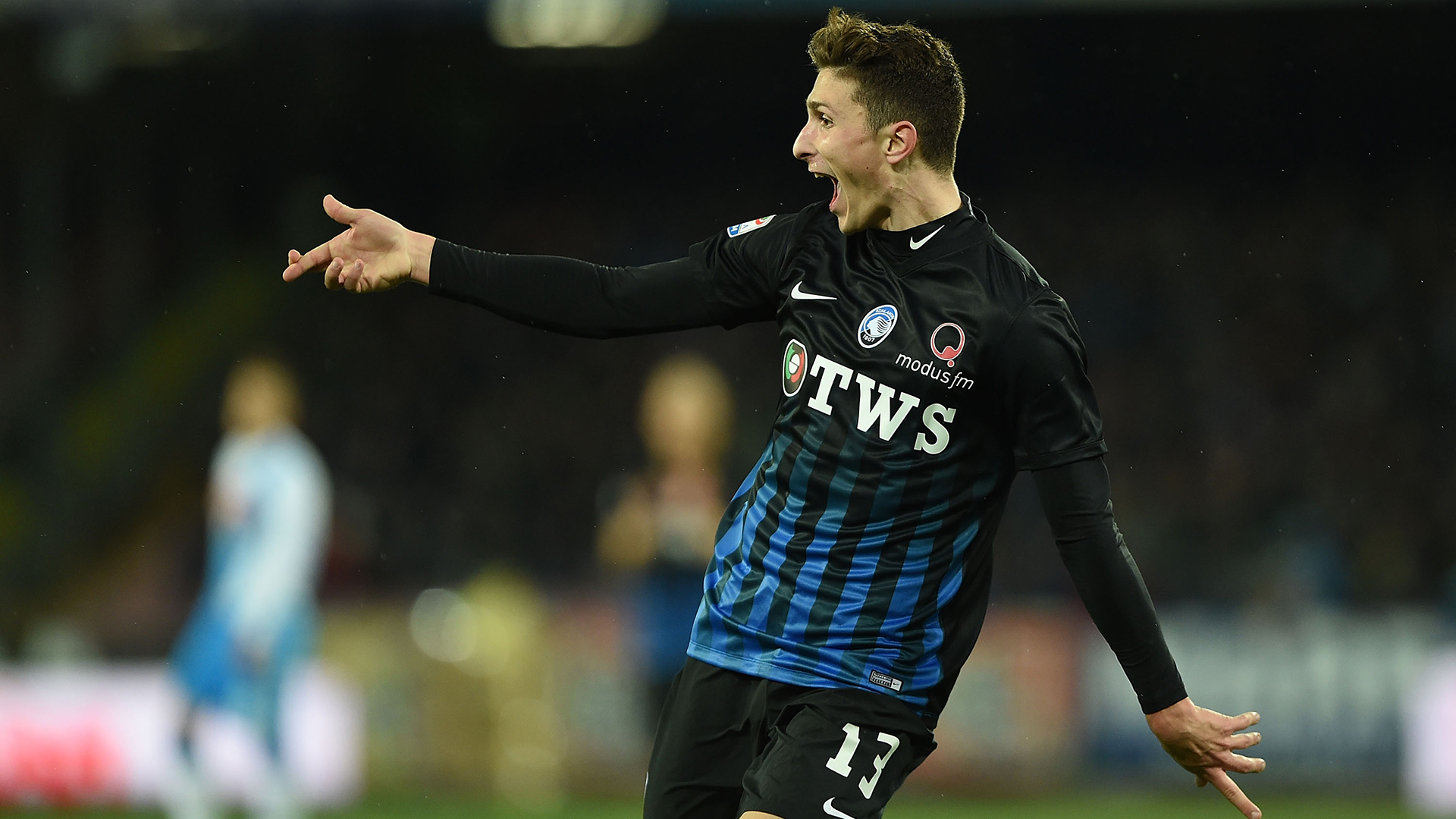 GIORGIO CHIELLINI (Juventus): The Italy international passed the 300-appearance mark in last month’s meeting with Atalanta and is arguably playing as well as ever. Indeed, whether deployed in a back three or a flat-back four, Chiellini is always key to Juve’s defensive solidity. “I do not know if we play the most beautiful or attractive football, but we certainly play more intelligently, more functionally and more precisely than anyone else,” he stated earlier this year. The centre-half may as well have been talking about his own ruthlessly effective game.

ALEX SANDRO (Juventus): Manchester City are ready to test Juve’s resolve to hold on to their Brazilian left-back with a summer bid of some €50 million but, even for that kind of money, the Old Lady would be foolish to let go of one of their most consistently brilliant performers. Alex Sandro has accumulated two goals and four assists this term but those numbers don’t even begin to do justice to the influence of a player who, whether deployed as an orthodox full-back or a winger-back, offers excellence in defence and a wonderful outlet in attack, as underlined by the fact he has created 46 chances so far this season.

RADJA NAINGGOLAN (Roma): Antonio Conte would dearly love to lure the Belgian box-to-box midfielder to Chelsea this summer and it’s easy to understand why: Nainggolan is dynamic, tough-tackling, hard-working, versatile and now, increasingly clinical. The 29-year-old has scored 11 times this season, which is mightily impressive given his previous best haul was the six goals he bagged during the 2015-16 season. Being regularly deployed as a trequartista has undoubtedly helped but there is no denying that Nainggolan is now playing with greater confidence and consistency that any previous point in his career. Luckily for Roma, he seems uninterested by money and instead purely motivated by helping the Giallorossi end Juve’s Serie A dominance. 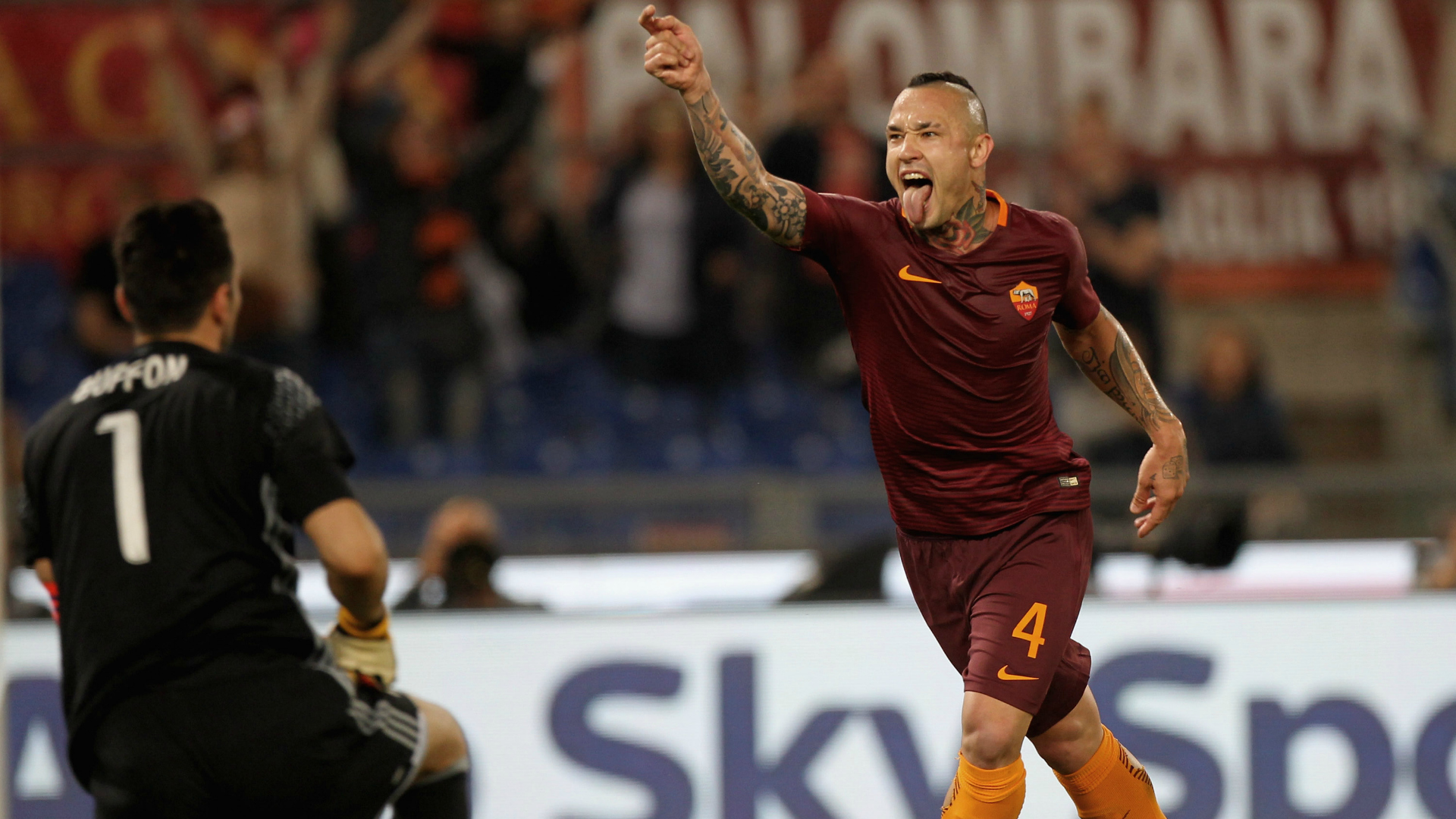 LUCAS BIGLIA (Lazio): Lazio were a club in complete disarray last summer, with Marcelo Bielsa having stepped down as coach after just two days at the helm. However, Simone Inzaghi has done a remarkable job in leading the club to a likely fourth-placed finish. Central to that has been captain Lucas Biglia, who has contributed four goals and three assists from midfield. He has also led Lazio through some difficult moments, not least when he was involved in a nasty altercation with a supporter who had spat at him after loss at home to Chievo. Biglia kept the captaincy and now the club are hoping to hold on to him, given Manchester United and Chelsea have previously expressed an interest in the Argentine.

Could James be Man United’s Galactico?

ALEJANDRO GOMEZ (Atalanta): If not the player of the season, then definitely the story of the season. Nobody has played a greater part in Atalanta’s stunning campaign, which looks set to see them finish fifth, above AC Milan and Inter. Indeed, the Rossoneri even tried to sign Gomez during the January transfer window but the Argentine “didn’t feel like leaving” Bergamo. One could hardly blame him. The 29-year-old was in the middle of the best year of his career, one in which he has scored 14 goals and created 10 others – and also become a social media phenomenon thanks to his dance lessons.

DRIES MERTENS (Napoli): With Gonzalo Higuain having defected to Juve, and Arkadiusz Milik ruled out through injury, Napoli boss Maurizio Sarri had a major selection headache at centre-forward. Step forward Dries Mertens, who went from ‘false nine’ to true goalscoring phenomenon. Forming the most wonderfully fluid attacking triumvirate with Lorenzo Insigne and Jose Callejon, the Belgian flourished in a central attacking role, hitting 25 goals in the most prolific season of his career. A move to Old Trafford has been mooted but Napoli president Aurelio De Laurentiis is trying desperately to persuade Mertens – and his wife – that Naples has more to offer than Manchester. 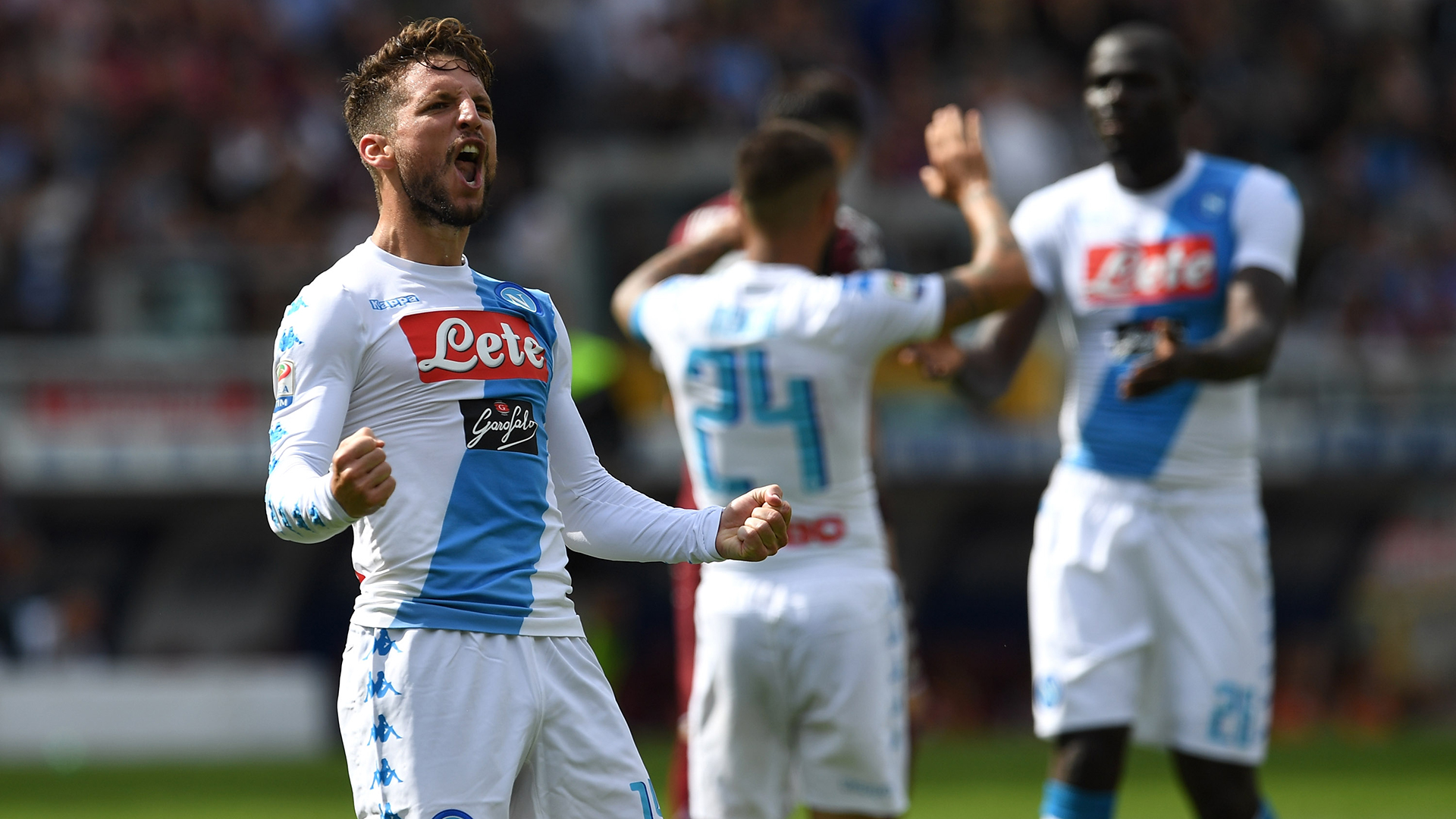 EDIN DZEKO (Roma): From laughing stock to leading light at Roma, it’s been quite the transformation for the former Manchester City man. Dzeko missed umpteen open goals during his first year at the Stadio Olimpico but he is now scoring at a greater rate than at any stage of his career. Indeed, his previous best haul was 26, at Wolfsburg in 2008-09. He already has 27 this term and is on course to finish as capocannoniere, which would be a fantastic feat at the end of what has been a sensational Serie A season for centre-forwards.

LORENZO INSIGNE (Napoli): On a personal level, the 2016-17 season could not have gone much better for the Neapolitan. So well has he performed that Arsenal and Liverpool were linked with summer bids for his services before he ultimately got what he really wanted: a contract extension, until 2022. Insigne has long been considered one of the most talented players in Italy but only now, under Maurizio Sarri, is he realising his undoubted potential. With 16 goals and eight assists, this is the 25-year-old’s best ever Serie A season and the feeling is that a player being likened to Roberto Baggio could be a star man for Italy at next year’s World Cup. 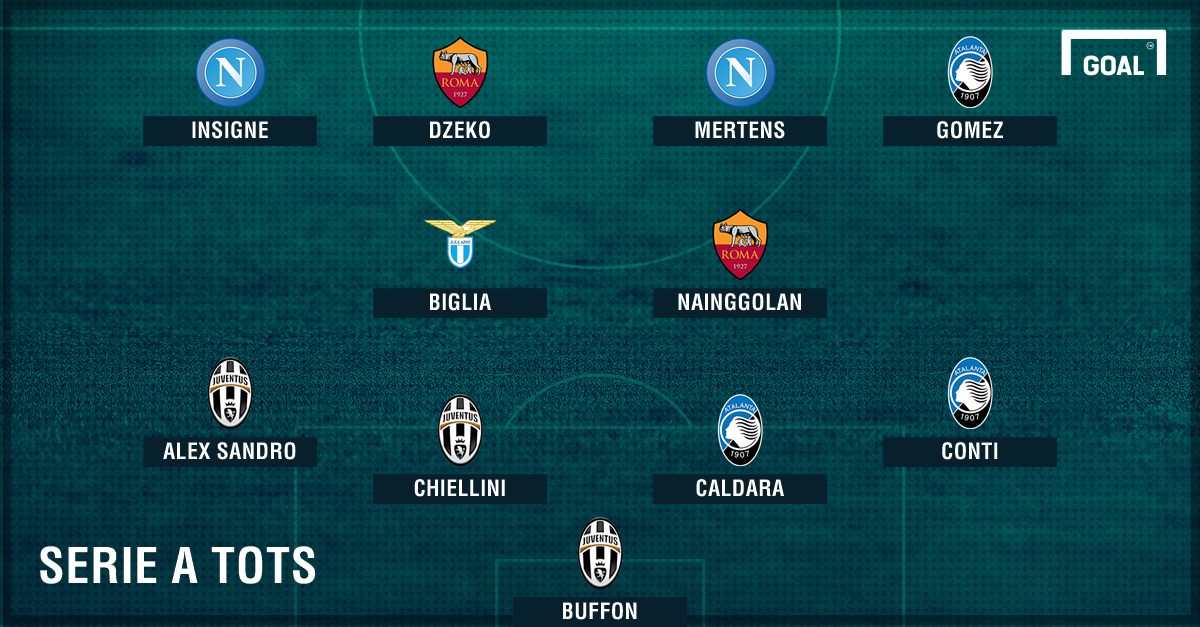 Do you agree? Leave your comments below.