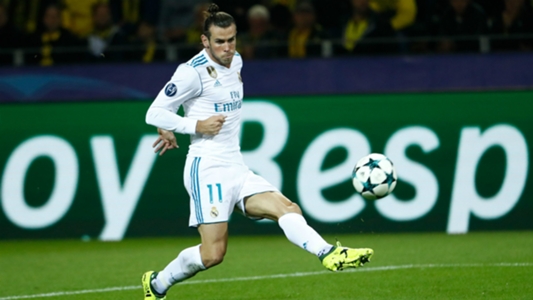 Gareth Bale’s screaming volley verses Borussia Dortmund has been nominated for the UEFA Champions League Goal of the Group Stage, presented by Nissan!

The Real Madrid man struck during his side’s emphatic 3-1 defeat of BVB in Germany, sending his first-time volley flying past a helpless Roman Burki and into the top corner.

But the Wales international wasn’t the only one to hit an impressive volley during the group stage, and faces some stiff competition for the prize.

Sadio Mane will no doubt believe he has a strong claim to take the award following his acrobatic effort in Liverpool’s 7-0 destruction of Spartak Moscow.

And so too will Roma’s Edin Dzeko, who took the Goal of the Week prize on Matchday Three for his impressive volley in a dramatic 3-3 draw with Chelsea at Stamford Bridge.

Dzeko’s Roma colleague Stephan El Shaarawy is also in contention, after hitting a brilliant curling effort in the return match, as is Besiktas star Cenk Tosun thanks to his thumping strike against Porto.

Atletico Madrid’s Antoine Griezmann rounds out the nominations with a flying volley of his own during his side’s 2-0 defeat of Roma that won the award on Matchday Five.

Click here to watch the contenders and vote for the UEFA Champions League Goal of the Week, presented by Nissan!