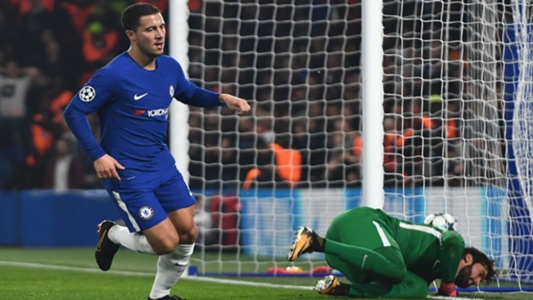 Eden Hazard admitted that his Chelsea side should have claimed a win over Roma after taking a two-goal lead over the Italian side.

Edin Dzeko inspired his side to a strong comeback, with the Serie A outfit even taking the lead in the second half before Hazard netted to help the Blues claim a point.

After the match the 26-year-old admitted that the outcome was positive for both sides, but was less than impressed with how well his side played in a match they should have won, telling BT Sport: “It’s a good game to play in and a good result for both teams.

“We should have won it. After being 2-0 up at half-time you must win, but they are good players. Dzeko is a fantastic striker.

“We gave everything to the end of the game. One point is enough, after two defeats it’s not easy to bounce back.”

Hazard had scored just one goal in his previous 14 games in all competitions for Chelsea, but he said that the importance of seeing his name on the scoresheet was outweighed by the team’s performance.

Chelsea came back from 1-0 down to beat Atletico 2-1 at Estadio Wanda Metroplitano in September, and Hazard said that game satisfied him more.

“It’s good to score, but for me scoring is not important – we played better in Madrid and I prefer this kind of game,” he said.

Chelsea face Watford, Everton and Bournemouth in the Premier League before they travel to Rome at the end of October, when Hazard hopes the Blues will take a significant step towards qualification from Champions League Group C.

“At least we stay first in the group and we go there [to Roma] to win the game,” he said. “It won’t be easy in Roma but we go there to win because we want to finish the job early.”