With the European season over, Goal looks at the business set to be done by BVB as they look to rebuild ahead of next season

It’s fair to say that it’s been a season of highs and lows for Borussia Dortmund. The Ruhr giants announced themselves on the biggest stage, reaching the Champions League final against all odds but seeing their domestic dominance slip.

Regardless, Signal Iduna Park has become a far more desirable destination than it was a year ago and they have the chance to build, meaning that it promises to be a busy summer for Jurgen Klopp along with sporting director Michael Zorc and CEO Hans-Joachim Watzke.

Goal looks at the potential comings and goings this summer to see how Dortmund should build for the future. 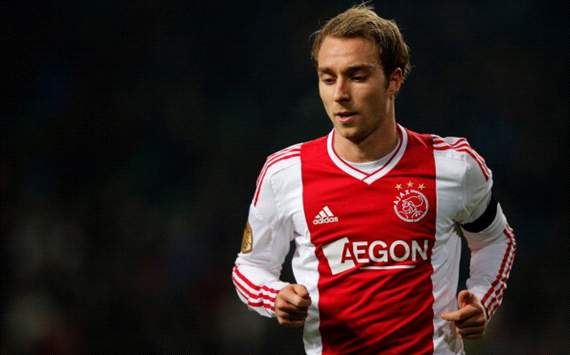 With a couple of key names set to leave the club this summer, BVB have already been busy identifying potential targets.

The first high-profile name on their list is Ajax starlet Christian Eriksen, who has just one more year remaining on his contract at the Amsterdam ArenA. The Danish youngster has a host of admirers from around Europe, most notably from the Premier League, but Dortmund are moving decisively, having sounded out a move with his club. They are yet to make a formal offer but the 21-year-old has made it clear that he would be open to a switch to Germany and his age means he would fit in well with many BVB stars.

Next up on their list is Kevin De Bruyne of Chelsea. The Belgian winger is behind a host of players in the Stamford Bridge pecking order and impressed during a loan spell at Werder Bremen in 2012-13 and he could well elect to leave England for a permanent move to Germany. Zorc has confirmed that his preferred destination is Dortmund and his signature would provide much-needed cover and competition for the likes of Marco Reus and Jakub Blaszczykowski.

Elsewhere, they will be looking for a new striker to lead the line in the absence of Robert Lewandowski, who is looking ever-more-likely to join Bayern Munich. Edin Dzeko, who has been unable to cement a place in the Manchester City first team, is a confirmed target and he possesses a vast array of Bundesliga experience after a successful spell with Wolfsburg prior to his move to the Premier League.

Another striker to have confirmed interest from the Westfalenstadion is Pierre-Emerick Aubameyang of Saint-Etienne, while Aston Villa star Christian Benteke‘s agent has claimed that his client has caught BVB’s eye.

Sokratis Papastathopoulos has already moved from Werder Bremen to replace Felipe Santana and cover for Lukasz Piszczek but Dortmund may well seek to add another defender to their ranks before the summer is out, or put their faith in a youngster such as Koray Gunter or Lasse Sobiech, who spent last season at Greuther Furth.

That the summer of 2013 will be spent rebuilding is largely due to the number of players who are set to leave Borussia Dortmund.

Robert Lewandowski, their star striker, has just one year left on his contract at the club and is looking to force through a move to Bayern Munich, with his agent announcing that he is only interested in a controversial transfer to the Allianz Arena.

And while the Polish striker’s exit has long been in the works, Dortmund were dealt a cruel blow with the news that Mario Gotze would move to Bayern, who activated the 21-year-old’s release clause back at the beginning of April, with the Germany international keen to team up with future Roten coach Pep Guardiola, who will succeed Jupp Heynckes in June.

The final player who will be elsewhere next season is Felipe Santana, who has already made a move across the Ruhr to join local rivals Schalke in the hope of breaking into the Brazil team with more playing time.

Elsewhere, though, there will be no high-profile exits. The likes of Marco Reus and Mats Hummels have been linked with transfers away, but remain under contract for the long term and committed to the cause.

And so they may look to move on some dead weight. Julian Koch has joined Mainz permanently, Patrick Owomoyela is out of contract and Oliver Kirch has failed to make any sort of impact since his arrival from Kaiserslautern last summer. 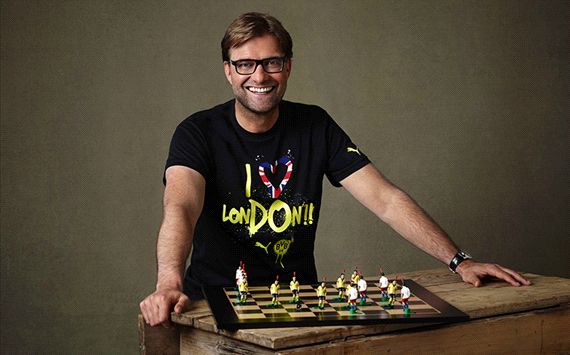 Dortmund may be losing two of their best players but, arguably, the most important person in their recent success has been Jurgen Klopp. The former Mainz boss is under contract until 2016 and although he has turned the heads of a host of clubs outside Germany, he is committed to the cause.

The 45-year-old has vowed that he will not let his club fall off the map after what promises to be a summer of upheaval and there is a sense that anything is possible with him at the helm. 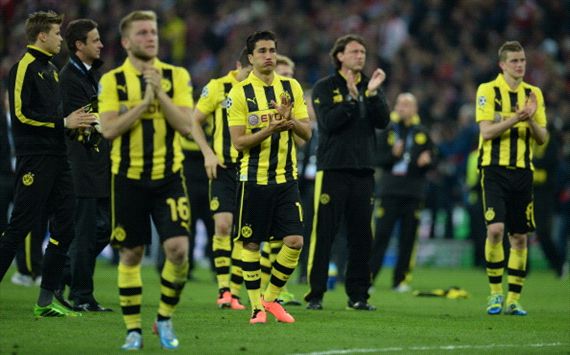 Regardless of Gotze’s move to Bayern Munich and Lewandowski’s projected exit, BVB remain a great side, comfortably the second best in Germany.

Their first task will be cutting the gap with the Bavarians. The 25-point lead Heynckes’ side had at the end of the season was simply unacceptable but, to do so, they will need to invest heavily in their squad.

Klopp, Zorc and Watzke are all shrewd and will undoubtedly do good business but, if the team are to challenge on all three fronts next season, the squad must be bolstered. Failure to do so, and Bayern will move away further.